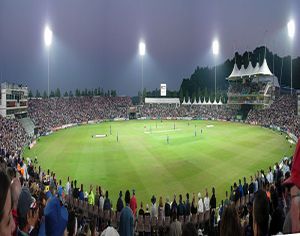 De Silva told reporters at a media briefing that the main focus of the SLPL, a cricket tournament which featured local and foreign players together in seven teams, was to nurture young Sri Lankan cricketers, reports Xinhua.

De Silva, who is a mentor for one of the team, Uva Next, said that he was keen to see a tournament like the SLPL being held in Sri Lanka and his dream came true when the cricket board managed to organize the event.

“Leave aside political issues. I always wanted the youth of this country to benefit from the game. SLPL will help the youth of Sri Lanka,” De Silva said.

Dilshan Munaweera and Akila Dhanajaya, two young players who performed well in the Sri Lanka Premier League, were picked to play for Sri Lanka in the Twenty20 World Cup.

The SLPL was criticized even before the tournament got off the ground and, with the final scheduled to take place Friday, critics have questioned if the tournament had met its goals.

One of the major concerns was the inability of the SLPL to draw crowds similar to that seen in the more popular Indian Premier League (IPL).

However, De Silva said supporters were brought from India for some teams and he revealed that for Uva Next some 150 Indian fans had flown down.

De Silva was instrumental in securing the support of the Mahindra Group, India’s leading SUV manufacturer, to come in as the title sponsor of the SLPL.

S.P. Shukla, Chief Brand Officer of the Mahindra Group, said at the same media briefing that his company was happy to have been involved with the SLPL.

However, he refused to say if his company will be involved in the next edition of the SLPL.