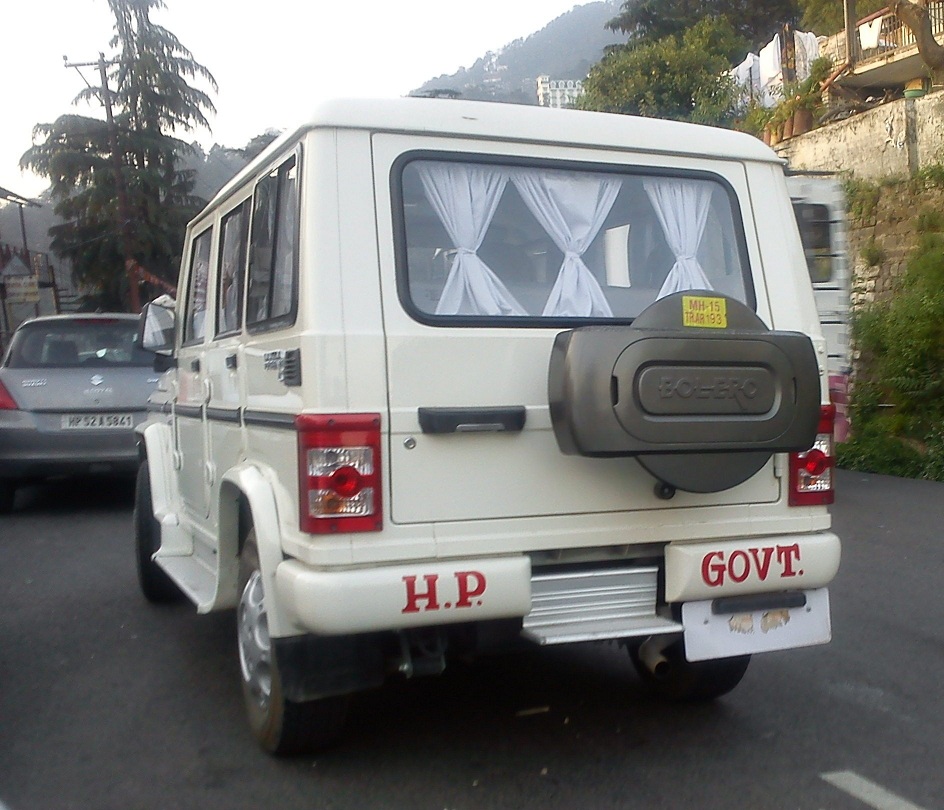 By seeing the picture, it appears that the write-up on bumper is planned at the factory level itself. Writing on bumpers and front and back body of vehicles has become very common after Supreme Court of India made it mandatory to place uniform number plates on vehicles throughout the country.

Government Vehicles seems to be the only rule breaker. Are there two set of rules in this country, one for Government officials and another for non-Government ordinary citizens.

Does this reflect the mindset of insecure officers who perhaps want to influence the police and people on road for all odd reasons?

If there is such insecurity then why not to go in for the mandatory amendments in rules as is the case of flag rod, red/blue/yellow/beacon lights. Perhaps there must be some other special provisions to place Government Signs on the head and on attire too.

I am going to catch on camera the maximum possible snaps so as to report the Courts of Law about the matter.

Please join the movement and make your contribution in stopping the double standards in governance.

If this is carried on, my request to all people would be to similarly write “N. Government Vehicle” on their vehicle to create more confusion.

Raise your voice or carry on with the status -quo but then no system criticism please!