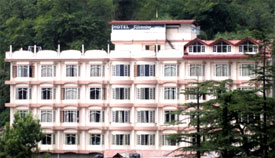 Shimla: The Himachal Pradesh High Court has refused to stay investigation into a criminal case against Kuldeep Kumar, a former minister, accused of cheating, forgery and taking undue benefits by changing caste in revenue records.

The former minister had petitioned the court about quashing a judicial order of Amb (Una district) magistrate directing registration of a first information report (FIR) case against Kumar under section 420,463,464,465,468,471 and 474 IPC.

High Court judge Justice Kuldeep Singh, while hearing the petition observed, “as the investigation was in the initial stage, no relief could be granted without hearing the complainant.”

To give a chance to complainant Des Raj to place his side of the story before the court, the judge posted the matter for a follow hearing on September 17, 2012.

The petitioner had alleged that the complaint was filed with the sole motive to malign his image. It was also contended that such complaints are filed only when assembly elections are due in the state.

The complaint against the former minister pertains to change of cast in records allegedly by forging revenue papers.

Complainant Des Raj has alleged that Kuldeep Kumar belonged to Tarkhan caste as per the pedigree table of 1913-14.

The former minister is alleged to have got his caste changed to Lohar Kaundal by making changes in the revenue records.

The complainant has alleged that the former minister who did not belong to the scheduled caste category had wrongly taken benefit of wrong revenue records.

Seeking a quashing of the Amb judicial magistrates order, petitioner Kuldeep Kumar stated before the court that he belonged to Lohar caste and a mistake had crept in the revenue records of 1913-14, which was corrected by the settlement collector in accordance with law.

The magistrate had not followed proper procedure therefore the order was bad in law, the accused had petitioned the court.