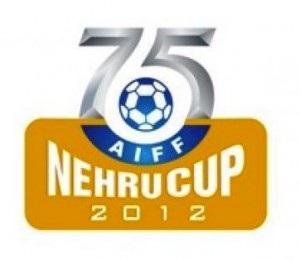 New Delhi: On current form India should beat a struggling Nepal and make their third straight final of the Nehru Cup here Tuesday.

India appeared a bit rusty in their 2-1 victory against Syria, but taught a thing or two on passing while beating Maldives 3-0 to top the table with six points. Cameroon are in second spot with four points.

Wim Koevermans began his tenure as India coach with two victories and the Dutchman has been a breath of fresh air. His idea of “total football” was all too visible when India played Maldives.

New faces and a fresh approach to the game has made India a definite challenger for the Nehru Cup crown. A victory against Nepal will virtually put the hosts in the final.

Sunil Chhetri appears revitalized by his stint in Portugal. The Lisbon ‘B’ striker has been in top form, having already scored three goals in two matches. He has been well supported by a midfield which has looked rock solid.

Mehtab Hossain and Lenny Rodrigues have held sway in the middle. Against Syria poor underfoot conditions didn’t allow the passing game to flourish, but against Maldives the two combined very well with the wingers Clifford Miranda and Sanju Pradhan, passing the ball with great precision.

Nepal, who had a last minute call up to the tournament, have looked totally disinterested and lacklustre. They have lost both their matches, 1-2 to Maldives and 0-5 drubbing by Cameroon.

Nepal coach has spoken about the unpreparedness of the team.

They have looked short of confidence and lacked ideas in their tactics. The form they have displayed has been a contrast to their performance in the SAFF Championships, where they were very impressive.

Nepal coach Krishna Thapa praised the resurgence of the Indian team after a poor showing in the AFC Challenge Cup in March.

“This Indian side is a stronger than the one played in the AFC Challenge Cup in Kathmandu earlier this year. There are many young players in the side and they are physically strong. The players look to be sharper. Upfront, Sunil Chhetri also looks more aggressive,” Thapa told reporters.

“The level of their performance is going up with every match. Against Maldives, India were too good. But that doesn’t mean Nepal can’t beat India. In fact, both the teams are of the same standard,” he quips further.