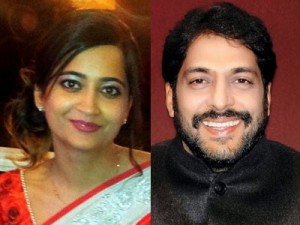 Metropolitan Magistrate Vikrant Vaid acquitted Gopal Goyal Kanda and his brother Govind Kanda after they settled the dispute with the complainant.

Two cheques issued by the former minister’s company, Kanda Polymers, to Delhi-based complainant company Indo Polycoats Pvt Ltd were dishonored in July 1998. One cheque was for Rs.2 lakh and the other for Rs.2.10 lakh.

The complainant’s counsel Dharmendra Priani told the court that all the disputes had been settled between the parties and nothing remained outstanding and moved an application for withdrawal of the case.

Kanda brothers’ counsel Somesh Arora said the matter had been settled between the parties and requested the court to acquit his clients.

The complainant, who manufactured PVC coated fabrics and vinyl flooring, had supplied some material to Govind Kanda. The two cheques for payment of the material were issued by Gopal Goyal Kanda. The cheques were dishonored.

The court earlier issued warrant against the Kanda brothers for failure to appear before it. The process for attachment of their property was also initiated.

The former Haryana minister is in police custody in connection with abetting the suicide of his employee and former flight attendant Geetika Sharma.

Geetika, 23, who earlier worked in Gopal Goyal Kanda’s now-defunct MDLR Airlines, died on the night of Aug 4-5 at her house in north Delhi’s Ashok Vihar area.

Her two suicide notes named the former minister and his employee Aruna Chaddha for harassing her and driving her to suicide. Both have denied the allegations. Chaddha is in judicial custody.