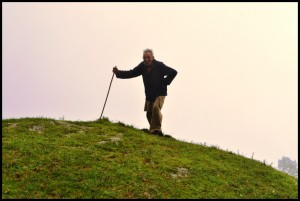 Shimla: In the run up to the assembly elections in Himachal Pradesh, the state government Monday introduced a bill to amend the land ceiling law to allow religious organizations to buy land in excess of the upper limit.

Introducing the bill in the assembly, Revenue Minister Gulab Singh said: “The Radha Soami Satsang of Beas in Punjab has repeatedly requested to exempt it from holding land in excess of the permissible limit specified under Section 4 of the Himachal Pradesh Ceiling on Land Holdings Act of 1972.”

The ceiling fixed under the act for orchards, private forests, grasslands and tea gardens is currently 30 acres, while the ceiling for irrigated lands producing two crops and one crop is 10 acres and 15 acres, respectively.

The bill proposes to grant exemption to religious and spiritual bodies from the neighboring states of Punjab, Haryana, Rajasthan and Uttar Pradesh.

Officials of the revenue department said that the amendment would largely benefit various religious sects, which have purchased prime land across the state.

The Bharatiya Janata Party (BJP) government’s move is being viewed as an attempt to appease religious organizations with huge following ahead of the assembly polls, likely to be held in November.

A one-member commission, appointed by the state government to probe illegal land transactions and look into violations of statutory provisions in the state, has accused the religious institutions of grabbing prime land in towns like Shimla and Dharamsala at throwaway prices.

The report, prepared by Justice D.P. Sood, a former judge of the Himachal Pradesh High Court who headed the commission, was submitted to the government in April this year.