Dehradun : It is now almost 12 years that the hill districts of Uttar Pradesh were carved out to create the small mountain state, Uttarakhand.

Tragically it has also been 12 years of non-governance at all levels, so it would be wrong to find fault just with the state’s forest department. 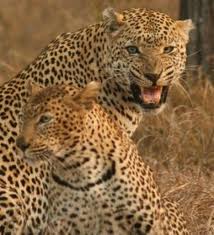 But apparently enough becomes enough when one finds not just sambhar and cheetal being poached upon for selling the venison or for the pot, but even tigers and panthers, for the high price that their skin and other parts of their body fetch in the adjoining countries of Nepal and China.

While the forest department officials blame the huge porous border extending over 130 kms that the state shares with Nepal as a major reason for the smuggling of feline skin and organs of the body, but it is no reason why the members of its staff rather than doing their duty are allegedly hand-in-glove with the poachers.

True that the large number of panthers that roam in the hill sides in search of food, as their domain has been extensively encroached upon by mankind resulting in a shortage of herbivores in the wild, are easy prey to hunters on the look out for easy money, but the question is what has the state government done over the years to increase the habitat of the felines.

Rather it has wantonly, without an iota of thought for the abundant wild life in its forests, destroyed the forests in the name of development and rehabilitating oustees of hydro-power and other projects. Rather than ensuring that forest corridors remain and green infrastructure is created for the free movement of felines from one forest tract to another, it is these corridors that are the first victims of felling.

The Uttarakhand Special task Force and the special operation group of Rajaji Park nabbed eight persons with the skin of panther.

The Wildlife Protection Society of India claimed that specific information was received that a panther had been killed in the Yamkeshwar block of Kotdwara district, about a week back and the killers would be trying to sell of the skin.

A trap was thereafter laid and the eight people were called to Motichur for delivery of the skin, where they were caught red handed with the six feet wide and three feet skin.

On being asked whether the poachers were going to taxidermists to get the hide cured, informed sources said that earlier when hunting was permitted on permit basis, than people did go to taxidermists for even curing skin of cheetal, sambhar or other wild animals that they had killed under the permit.

But now as hunting was almost banned, most of the taxidermists in the region had closed shop as there is no business, but the poachers do have knowledge of curing the hides of felines and do it on their own.

Though it is not a very professional job, it prevents the skin from rotting, and later when the skin reach their destination it is given a final treatment, which makes just about perfect for selling in the international market, sources claimed.