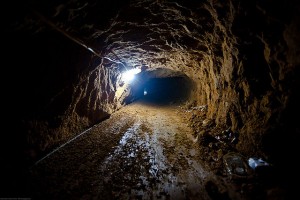 Jammu: The presence of more tunnels along the International Border (IB) with Pakistan cannot be ruled out, Home Secretary R.K. Singh said Friday after arriving in Jammu to review the security situation.

“We cannot rule out more tunnels along IB,” he told reporters, referring to the discovery a tunnel on the border originating from the Pakistan side last month.

Pakistan has been firing on the Indian side since Aug 5, with Border Security Force (BSF) too returning the fire. One BSF trooper has been killed in the firings and has led to panic in the border villages.

Sources said the home secretary would tour over a dozen border villages and BSF outposts in the wake of firing by Pakistani Rangers.

The affected areas include Suchetgarh, Pallanwala. Arnia, Abdullian and Chechwal. It was in Chechwal where the 500-metre tunnel was found July 28.

He will then leave for Srinagar, where he will meet Jammu and Kashmir Chief Minister Omar Abdullah.