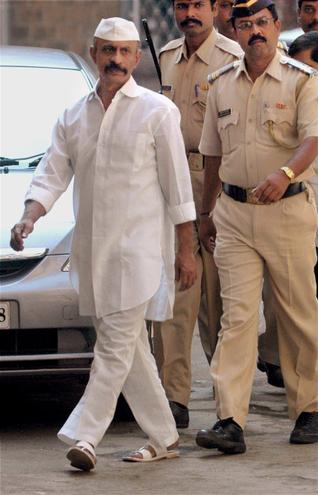 Special MCOCA court judge Prithviraj Chavan, while pronouncing the judgement here, also imposed a fine of Rs 17 lakhs on Gawli, failing which he will have to undergo an additional three-year imprisonment.

Gawli’s conviction holds considerable significance for the police, who have been fighting the mafia for nearly four decades. The best part about this case has been that none of the witnesses turned hostile and the police could function without any pressure.

Ten others were also given life imprisonment in the murder case while accused Sunil Ghate was convicted only under Arms Act and has been sent to three years’ rigorous imprisonment.

The former MLA and 11 others were found guilty of murdering Jamsandekar in 2008, Aug 24. According to the chargesheet, a sum of Rs 30 lakh was paid to the Gawli gang for eliminating the Sena corporator over a land deal.