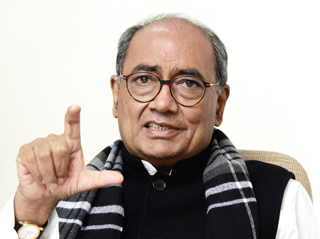 “The way CAG is producing reports after 2004, without confirming facts and projecting fictitious losses, it is creating an environment to show that there has been crores of loss,” Divijay Singh told reporters here.

The CAG had earlier this month said in its report that lack of transparency in the allocation of coal blocks to private players resulted in a loss of Rs.1.86 lakh crore to the exchequer as on March 11 last year.

Stating that he had never attacked any constitutional authority, the Congress leader said he was “concerned about the CAG giving exaggerated figures”.

“I have never attacked any constitutional authority in my life. But if you see CAG’s past record before 2004, they never sensationalized any records. It is the first time that people from CAG, not the CAG himself, have gone to the press.”

Digvijay Singh said the Bharatiya Janata Party (BJP) was creating ruckus in parliament and shying away from a debate on coal block allocations because it knows it will fail with numbers.

“If the opposition is not letting parliament function, it means they do not have numbers. And I am shocked that they still want the prime minister to quit.”