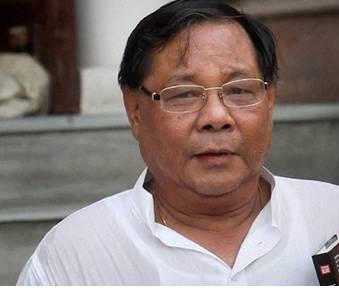 Mumbai: Purno Sagma, the presidential candidate of the BJP, BJD, AIADMK and several other parties, Tuesday lashed out at UPA presidential candidate Pranab Mukherjee, terming him a “failed” finance minister, and at union Law Minister Salman Khurshid, saying he deserved to be sacked for his comments on the government.

Calling Mukherjee as the “failed” finance minister, he said the Rashtrapati Bhavan was being used as a “dumping ground” for him (Mukherjee).

“Raisina Hill is being used as a dumping ground for the failed finance minister,” Sangma told reporters during a visit to Mumbai to meet Bharatiya Janata Party legislators.

He also took potshots at Khurshid’s statements on the government having no direction and said it was completely uncalled for.

“How can he say something like that? If I would have been prime minister, then I would have sacked him,” Sangma said.

Khurshid’s statements on the United Progressive Alliance (UPA) government and Rahul Gandhi had sparked off a political storm, with the minister saying that the UPA government was directionless and the Congress general secretary needed to take up more responsibility in the government.