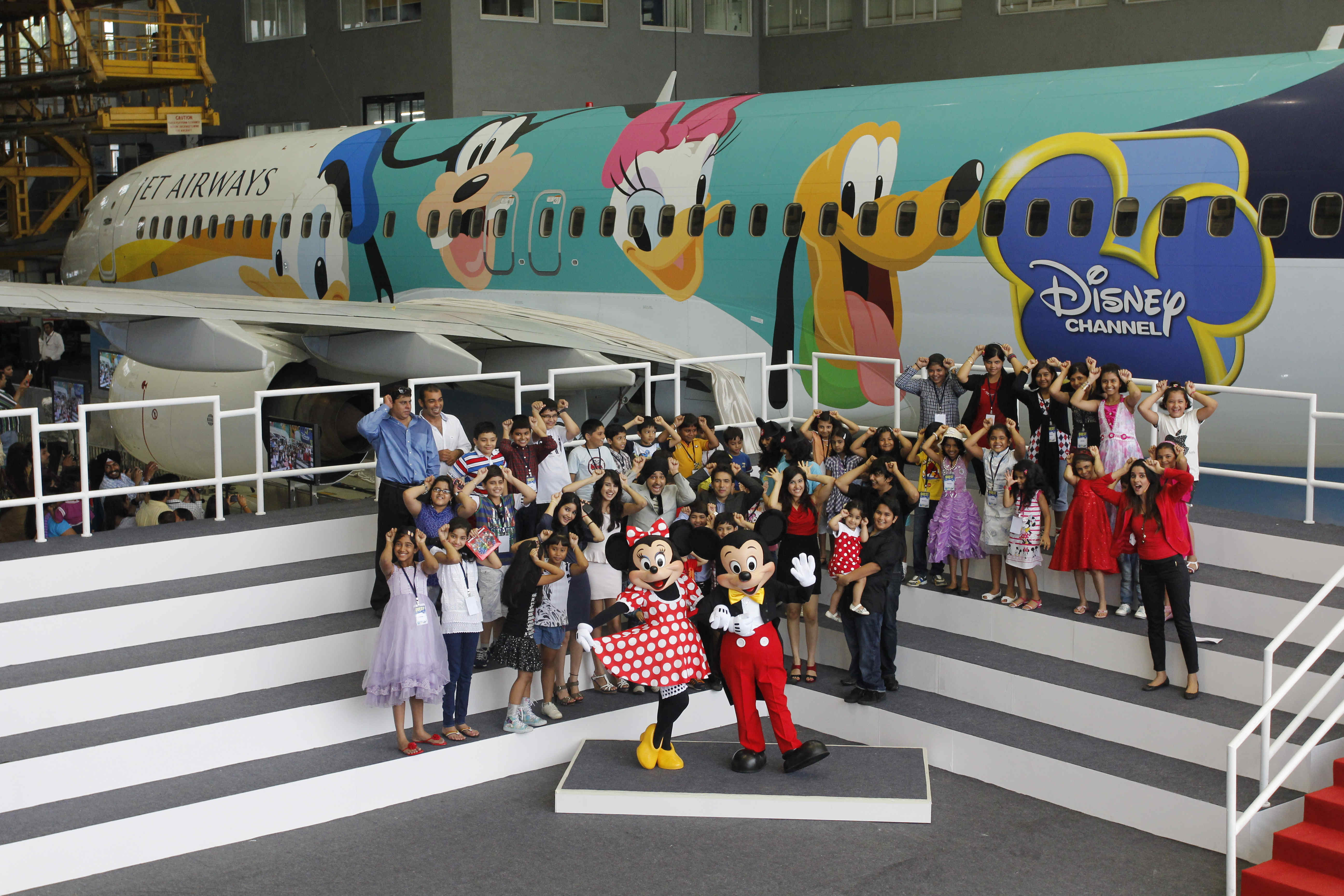 “At the heart of Disney DNA is our passion for telling the world’s best stories and providing unique experiences for kids and families. Jet Set Go is one such initiative which has seen a phenomenal response from all corners of the country,” said Vijay Subramaniam, Executive Director of Disney Kids Network, Disney UTV.

The Disney Channel’s Jet Set Go campaign generated a recordbreaking six million entries that were submitted from all over India. As many as 37 winning families were awarded the grand prize of an all expense paid trip to Hong Kong Disneyland Resort where they will be able to meet cartoon characters.

Mickey and Minnie were joined by the entire cast of Disney Channel’s popular locally produced shows – “Best of Luck Nikki”, “Suite Life of Karan and Kabir”; and “Art Attack”. The stars congratulated the 37 winning kids and their families who were headed to the Hong Kong Disneyland Resort.

Jet Airways is delighted to collaborate with Disney through this unique opportunity to deliver a creative and memorable experience to kids and their families,” said Manish Dureja, Vice President, Marketing, Jet Airways.