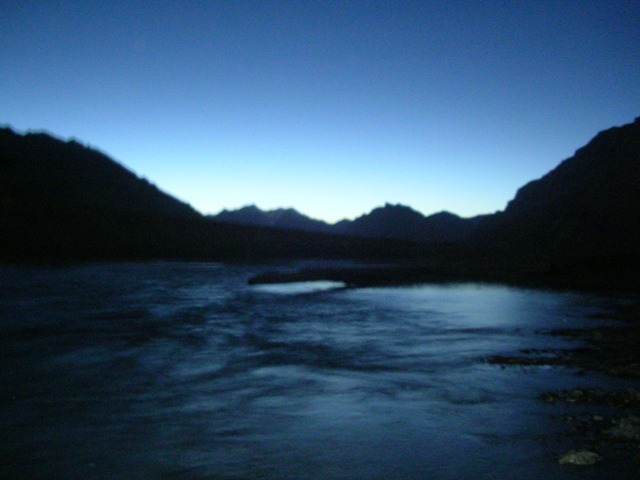 Shimla: Eight marooned foreign tourists in Pin Valley of Spiti were airlifted to safety by state authorities after opening of a land route to area failed as the road link was severed by landslide, causing blocking of a stream that has created and artificial lake.

Four tourists were airlifted today from land locked Pin Valley and dropped in Manali and two at Kaza, said a state spokesman.

Earlier two Israeli nationals were airlifted yesterday and taken to Kaza, he added.

The government is struggling to send across supplies of essential commodities which include cooking gas and kerosene supplies.

A glacier, a week ago, in Kiri Nallah smashed through natural barriers, breaking down the road and deposited heavy moraines and debris in the stream, forming a loose dam that has blocked the water flow and formed an about 2 Km lake in the high altitude valley.

Medics and administrative officers are being moved into the area for taking stock of the situation, said an official.

A rope way to connect the cut off valley would soon be constructed and electricity to the region would also be restored, he said.

A population of over 2000 people residing in the village clusters of Sagnam and Kunghi has been cut off by the road links breaking down and damming of Kiri stream in Pin valley.

Across the Pin Pass, that connects Great Himalayan National Park in Parbati valley of Kullu and Pin Valley of Spiti is a vast expanse that has been declared a national wildlife reserve for the endangered snow leopard specie.

With summer just breaking out in the high altitude zone, glaciers melting and avalanches crashing in the region are not uncommon.