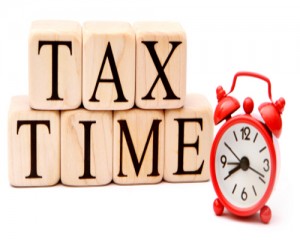 Shimla: Amending the VAT rules, a cabinet meet here today decided to make e-declarations compulsory as it amended goods entry so as to restrict its misuse and approved handing out two parking-cum-commercial complexes on public private partnerships (PPP).

Presided over by chief minister Prem Kumar Dhumal, the cabinet gave its not to amend HP VAT Rules, 2005 and make e-declaration for certain class of dealers compulsory before dispatch of taxable goods in intra-state transactions.

The cabinet also amended Schedule-II of HP Tax on Entry of Goods into Local Area Act, 2010 for a clearer demarcation and to avoid its misuse by industry.

Two built up parking spaces with a commercial complex at Vikasnagar in Shimla and Mandi town were approved for being let out on PPP mode by the cabinet.

Other cabinet decisions included relaxing of the construction period of small hydro-electric projects, providing land on lease to HPMC, a state owned company, at Nadaun for setting up a vegetable packing house and also approved shifting of an IPH sub-division with posts from Una to Jhalera.

The cabinet gave its nod for issuing of an essentiality certificate to Kalgidhar Trust, Baru Sahib, Rajgarh in Sirmour district for opening Akal Institute of Medical Education and Research in which 50 % seats would be availed by those who qualify under HP PMT merit examinations.

The cabinet approved launch of Atal Adarsh Gram Puruskar Yojna, wherein panchayats for implementation of developmental schemes are to be given cash awards from Rs 5 lakh to 20 lakhs from sub division to district level.

Medical allowances for employees and pensioners, travelling allowances for health supervisors and salaries of computer operators with MNREGA were raised by the cabinet.