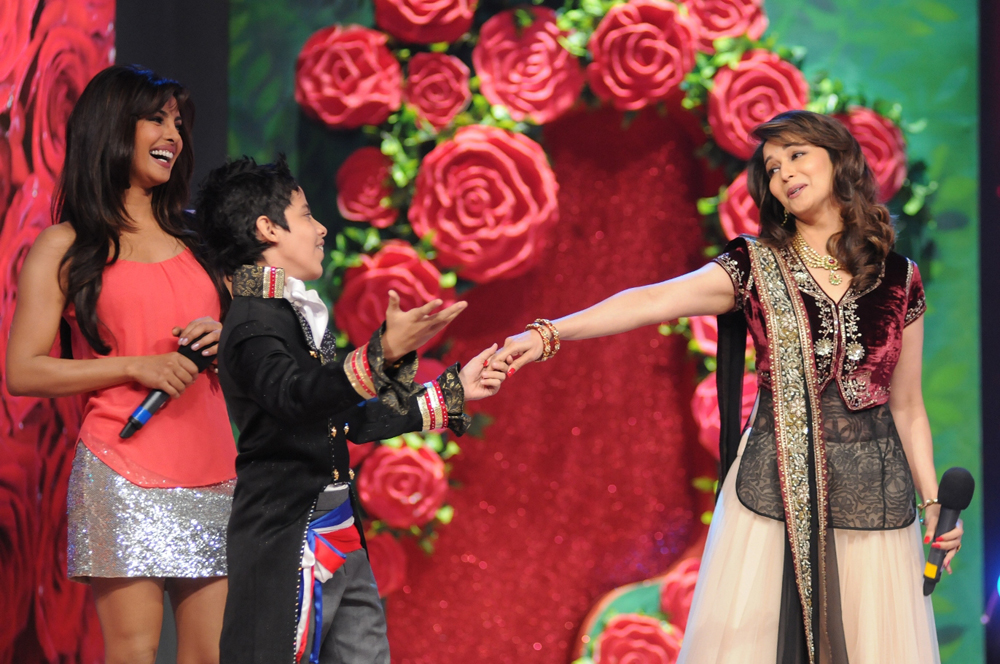 The 16-year-old, who is among the 12 contestants on the forthcoming show this year, danced to the romantic number “Chaudhvi ka chaand” with Madhuri, who is one of the judges on the show.

He also grooved to the evergreen song with Priyanka, who came in as a special guest.

Suited, booted Darsheel kissed the ladies’ hands, making them blush, said a source from the sets.

The fifth season of “Jhalak Dikhhla Jaa”, based on international format “Dancing With The Stars”, will go on air on Colors June 16.

Actor Ravi Dubey, popularly known for his role as Tej in popular soap “Saas Bina Sasuraal”, believes in giving back to the society. So, he regularly donates a part of his monthly earning to a charity.

It isn’t a recently acquired habit.

According to a source, his practice dates back to his childhood when he used to save a small amount of pocket money and give it to noble causes.