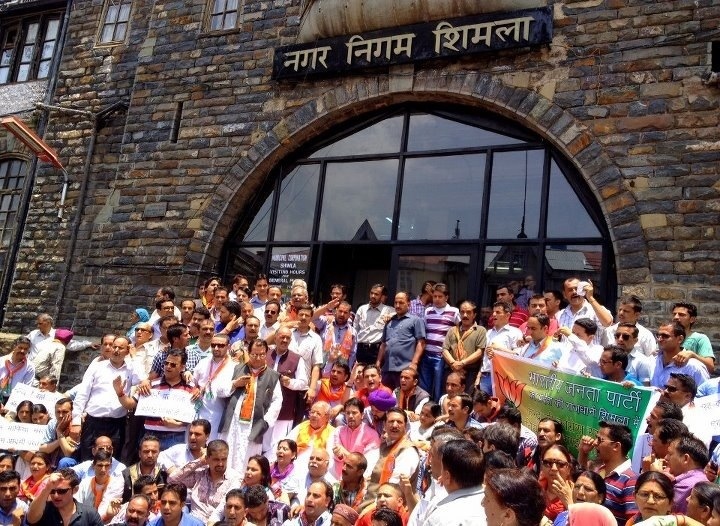 Shimla: Hundreds of Bharatiya Janata Party (BJP) workers courted arrest in Himachal Pradesh Friday in response to the party’s nationwide “jail bharo” call to protest against the price rise and the recent hike in petrol prices.

Most prominent towns in this BJP-ruled state saw protests and demonstrations. But there was no impact on rail and road traffic in the state. Normal life was not disrupted much in the state.

“The protests were quite successful across the state and more than 5,000 people courted arrest,” said BJP spokesperson Ganesh Dutt.

Addressing the protesters, Mishra said that ever since the UPA (United Progressive Alliance) II had come to power at the national level, prices were touching the sky.