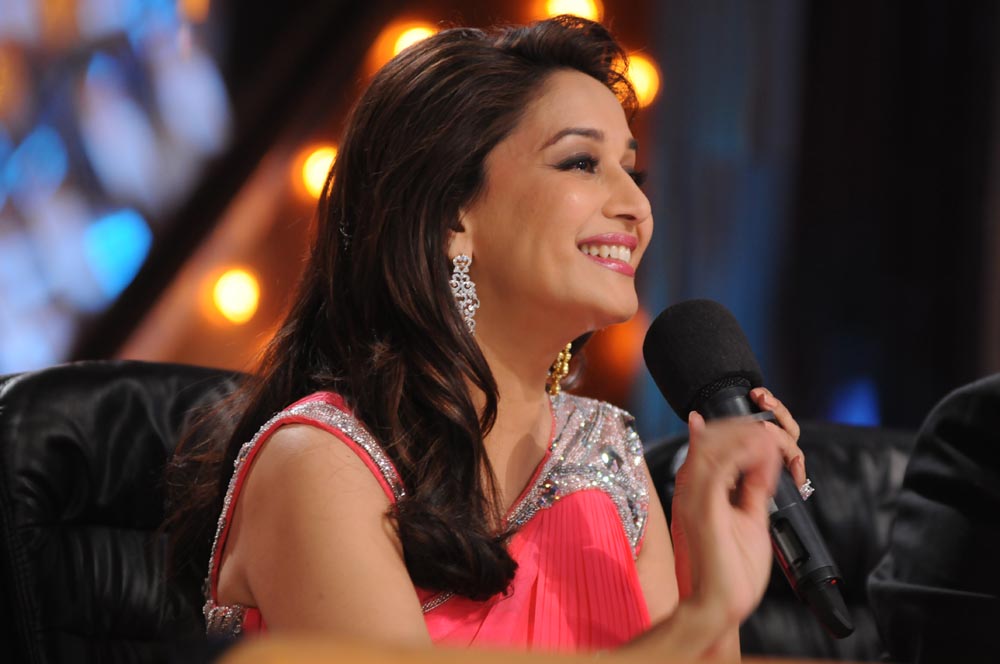 Mumbai: The Hindi film industry is devoid of a distinctive style of dance, says dancing queen Madhuri Dixit, who feels Bollywood has become a melting pot of all forms of the art.

“I think Bollywood is an amalgam of all dance styles. Bollywood has no style of its own. The style is a cliche. There are so many dance styles all over the world and we get to see them all in one song itself. So this is Bollywood’s specialty,” said Madhuri in an interview.

“As soon as new styles come in, like hip-hop is becoming popular now, you see dancers amalgamating it into our own dancing. The dance forms get a Bollywood twist and it becomes a new style. So Bollywood is always incorporating not just Indian and folk, but western dances too,” she added.

Madhuri, who feels it is an “exciting” time for Bollywood, is credited with dance hits like “Humko aaj kal hai”, “Dhak dhak”, “Ek do teen”, “Que sera sera”, “Kaahe chhed mohe” and “Aaja nachle”. In each of these numbers, she has showcased the variety she is capable of.

The diva took a break from showbiz when she married US-based surgeon Sriram Nene and shifted to Denver from Mumbai to start a family. Now she is back in tinsel town for good, and judges celebrity participants on dance reality show “Jhalak Dikhhla Jaa 5”.

She looks as fit as ever, and her skin glows even more. What’s the secret?

“It’s just the discipline. You have to be disciplined. I dance regularly and exercise. One has to be fit. One thing good is that I have no bad habits! So for me it’s a healthy lifestyle all the way,” she said.

On the small screen, she was last seen on the judge’s seat in “Jhalak Dikhhla Jaa 4”, and she admits “TV is an immediate way to get in touch with your fans.”

“Thousands of households have a TV and it is great that I can be in so many houses at a time. It’s so wonderful,” she added.

The 45-year-old is also ready for her new innings in Bollywood with two films – Anubhav Sinha’s “Gulab Gang” and Vishal Bhardwaj’s “Dedh Ishqiya”, and she is upbeat about both projects.

“It’s definitely an exciting time. Bollywood has taken a leap. The audience has matured, they are ready to see different kinds of subjects and topics and different kinds of films are being made. People who have stepped in are extremely professional and so everything is done professionally,” said Madhuri, last seen on the big screen in 2007 movie “Aaja Nachle”.

She clarifies “Gulab Gang” is “nothing about gangsters,” adding: “It’s about a group of women who help other women and help solve problems that nobody else can solve. That’s what fascinated me about the film… because it is all about woman power.”

For “Dedh Ishqiya”, a sequel to 2010 hit “Ishqiya”, Madhuri said: “It can’t really be called a woman-centric movie as there are four important characters in the movie, I’m looking forward to working with Arshad Warsi and Naseeruddin Shah. I’ll be working with him in a meaningful role after a long time.”

In the meantime, she says her family, including her husband and kids, Arin and Raayan, has settled well in Mumbai.

“For me, it wasn’t difficult. I’ve grown up here. For my husband and my kids it was tough. But they have adjusted very well. They love the food. My husband loves the dhaba food,” she added.