Shimla: The high powered single window clearance authority on Monday approved three investment proposals worth over Rs 214 Crore which involve setting up of one new industry and expansion plans of two others. 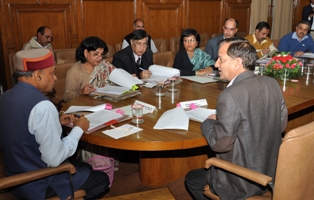 Expansion plans of Havells Indian Ltd and Ambuja Cemets were also approved at the meet.

Approval of the three units is expected to generate 887 new jobs, said a government spokesman.

At the meet Dhumal directed the officials to carry out a close scrutiny of the investment proposals before bring them up for approval.

He also asked for motivating new investors to set up their units beyond the congested industrial areas of the state.