Shimla: Strong strictures passed by the Himachal Pradesh High Court in the gross environmental violations made for setting up a cement and a thermal plant by Jaiprakash Associates Ltd (JAL) notwithstanding, the state government today admitted that there was a governance failure. 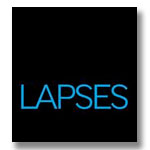 Interacting with the media for the first time after assuming charge as chief secretary, Sudripta Roy said, “there has been a failure on such a matter and on such a scale,” (alluding the courts judgment that last week imposed Rs 100 Cr environmental damages on JAL cement plant and directed that the 62 MW captive thermal plant be dismantled within 3 months).

He added that outside the special investigation team (SIT) constituted by the court, to investigate the involvement of officials involved in permitting the plants to come up in violation of the law, the government on its own was inquiring as to what went wrong where.

“Action will be taken against those found to be involved,” said Roy.

Speaking about achieving targets for implementing various government programs, the chief secretary said that result frame documents (RDFs) drawn up by the departments would form the basis of monitoring progress.

About major policy changes, he said that it would be only done after a consultative process with all the stakeholders.

The state was passing through a major source crunch, he said but efforts would be tap several central government schemes for the states benefit.

For conserving a large forest cover, the union government has accepted the states demand for a green bonus and efforts would be made to get it, said Roy.