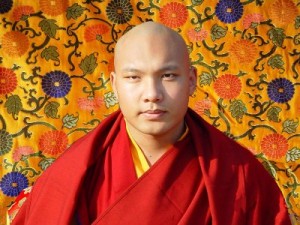 Shimla: In a major relief to Tibetan religious head and the 17th Karmapa Ogyen Trinley Dorje, the Himachal Pradesh government today decided to drop a criminal case connected to the seizure of large amounts of foreign currency against him.

The Karmapa had been charged under penal provisions related to conspiracy. Nine others were booked under various sections of the Indian Penal Code.

“After taking the opinion of the home and law departments, it has been decided to drop his name from the chargesheet under Section 321 of the Code of Criminal Procedure,” a senior official of the home department said.

He said the government had directed Una’s district magistrate K.R. Bharti to plead the case in this regard through the public prosecutor in the trial court.

The chief judicial magistrate of Una had asked the Karmapa and nine others involved in the case to be personally present in the court March 6 but he didn’t appear as he was out of the state.

Before that, the Karmapa’s office based in Dharamsala moved an application with Bharti to drop the case stating that he (the Karmapa) was not directly involved in the currency row.

Bharti had sent his request to the home department for consideration.

Police had Jan 28 last year recovered currencies of 26 countries, including 120,197 Chinese yuan and around Rs.5.3 million in Indian currency, from the Gyuto Tantric University and Monastery located on the outskirts of Dharamsala, the seat of the Tibetan government-in-exile.

It was after the seizure of Rs.1 crore meant for land purchase that police conducted searches at the monastery and recovered the currency.

The Karmapa’s office said “from the beginning, His Holiness (the Karmapa) has full trust in the Indian legal system and that he will cooperate and follow due process”.

The 26-year-old Karmapa is the spiritual head of the Karma Kagyu school, one of the four sects of Tibetan Buddhism. He joined the Dalai Lama in exile in 2000.