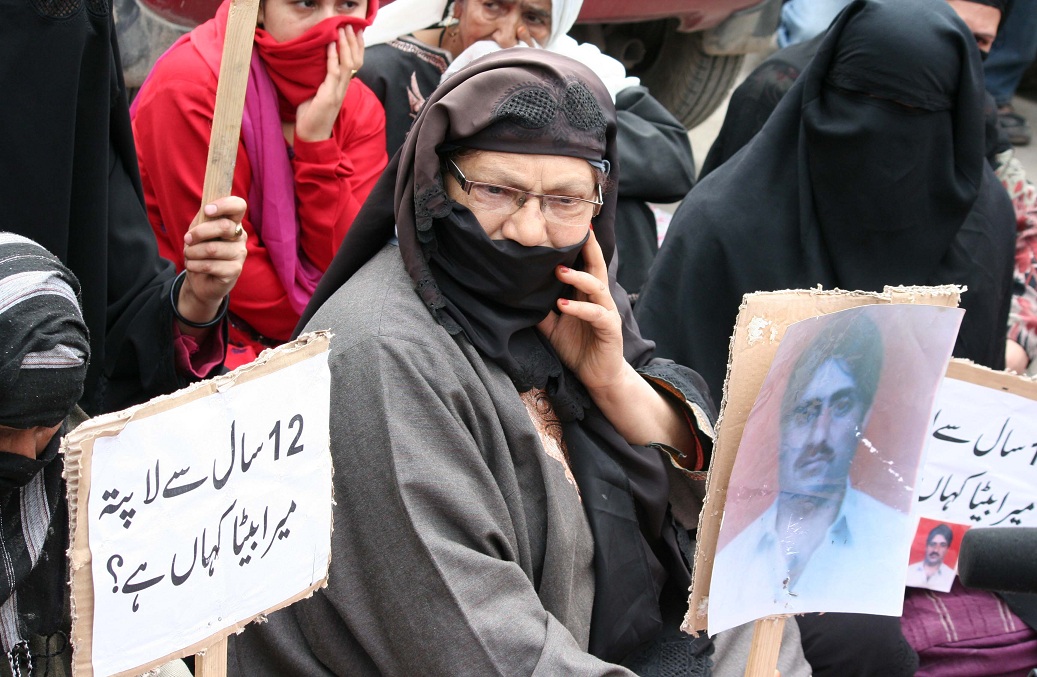 Srinagar: Twelve years after her son was allegedly arrested by the Nepal police, Zubeida, a 65-year-old Kashmiri widow, has said that she has been running from pillar to post to know his whereabouts.

“The authorities told us that my son had been arrested in Nepal and later handed over to some unknown intelligence agency,” said Zubeida, who began a protest in Jammu and Kashmir summer capital Srinangar Monday.

“We started looking for him in different jails and interrogation centres in the country after the news of his arrest reached us after three weeks. But we were not able to trace him. My husband has died of the shock of our son’s disappearance,” she added.

According to her, the family registered a complaint with the state human rights commission on August 24, 2001.

“I called on Mufti Mohammad Sayeed when he was the chief minister. I also urged Omar Abdullah to look into my son’s case when he took over. But nothing has been done to trace my son. Perhaps, nobody understands the pain of a mother,” she alleged.

Zubeida’s family is in handicrafts business for generations and her two sons are still engaged in the business in Nepal, she said.

According to her, there had been a business dispute between her missing son and two other Kashmiris in Nepal before his disappearance. “I suspect the involvement of those two persons in my son’s disappearance”, the mother alleged.