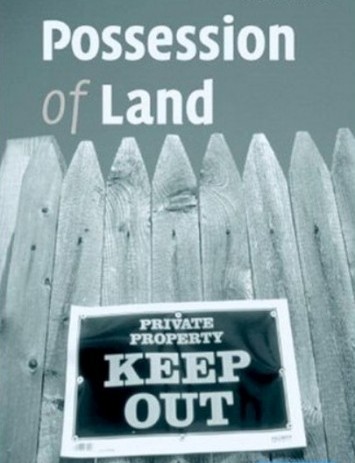 Shimla: Blatant violations of Section 118 of HP Tenancy & Land Reforms Act, 1972 recorded in the Benami Land Transactions Inquiry report, the one man Justice DP Sood commission has recommended to either abolish or rigorously enforce the contentious section that prohibits land sale of small and marginal farmers.

After perusal of 1897 cases, the commission report which was laid in the Vidhan Sabha on Thursday has recorded benami transactions of Tibetans buying up land in contravention of the laws, gross misuse of the HP Apartment and Property Regulation Act, sales made on General Power of Attorney (GPA) to evade stamp duty, land allotted to landless families in 1976 being sold to industrialist, sale made on faulty agriculturalist certificates and sales made in violation of forest conservation and environment acts.

Observing that the 80 % benami sales scrutinized, the land belonged to families who had average holdings of 5 bighas, the commission has asked banning of land transfers on GPA and immediate withdrawal of the HP Apartment Act.

Taking a position that Tibetans are not citizens of India, the commission took a divergent view about a government notification of 8.5.2006 under which land acquired by Tibetan refugees in violation of the laws was notified as grant on lease, the report holds it as illegal possession.

While in the case State vs Lobsang Yamphel (a Tibetan) and others the commission recommended the properties acquired to be vested in the state, it has also recorded 81 other cases mostly in Dharamsala and Indora in Kangra district and Riwalsar in Mandi district where Tibetans are involved in benami transactions.

Coming down harshly on the 173 builders registered under HP Apartment and Property Regulation Act, who mostly belong to Punjab, Haryana, Delhi or are NRI’s, the commission in clear terms has recommended immediate withdrawal of the contentious act to put a stop to further conversion of scare agricultural land into non-agricultural use.

Recommending vesting of land and property of 42 builders, the commission has pointed out the case of Sugandha Apartments who had to provide essential services like water, sewerage and electricity connections in a colony constructed in Solan but left the apartment owners in a lurch saying that these were state responsibilities.

A father son builder team  registered under Amar Nath Aggarwal who had purchased 160 bighas of land in 2005 was again given permission to buy another 145 bighas in July, 2007 in violation of HP Land Ceiling Act.

On site inspection, the inquiry commission was ‘shocked to see a thick forest on the purchased land’. A count by forest department and vigilance bureau put the number at 2527 trees.

The report has brought on record a list of 71 landless people, mostly in Nalagarh and Baddi area who under government schemes were allotted public lands in 1976 but have been rendered landless again after the authorities granted permission to sell that land to industrialists in contravention of Section 118.

The report concludes that spirit of the law that seeks to protect the small and marginal farmer has not been kept in mind while granting permission under Section 118 of HP Tenancy Laws, a law which forms part of the Constitutions 9th Schedule and has been kept outside the purview of judiciary.