New Delhi : Avant garde art, traditionally known to set aesthetic trends away from the commercial drill, is reinventing itself as cutting edge contemporary art with a tilt towards market forces in post-globalised India.

“The concept of avant garde is not applicable to India because it is obsolete. Works of successful and celerated artists are often described as avant garde, but they are consumed by the market. It is better known as cutting edge contemporary art which pushes new frontiers of creativity,” Rajinder, editor of the Indian Contemporary Art Journal, said .

Courbet painted subjects that were considered vulgar, such as the rural bourgeoisie, peasants and working conditions of the poor.

“In India, new experimental art like those by Subodh Gupta or even by G.R. Iranna are consumed by the market. They are part of the mainstream and hence not avant garde any more,” Rajinder said.

According to critics, the history of avant garde in post-modern Indian art dates back to the 1970s with Vivan Sundaram who created his own language away from the mainstream by using a combined artscape of performance, art, design, European avant garde and Indian socio-cultural references, allowing viewers to participate in his art.

“It is cutting edge art which is going on in the world today. We have been playing safe far too long…The attitude is how do we think conceptually beyond this? If artists are not concerned about saleability and were interested in pushing through the conceptual boundary, it would have been avant garde art,” Daniel Kunitz, writer and former US editor for Art Review, said at a forum on avant garde in emerging Indian contemporary art at the Lalit Kala Akademi this week. 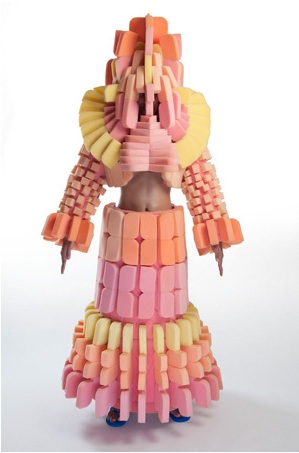 David Ross, former director of the San Francisco Museum of Modern Art, said, “Why art no longer qualifies as avant garde is because of the consuming power of the growing collectors’ class.”

“It has made it possible for artists to sell everything to the mass market,” he said.

“America is a melting pot of several cultures – like Latin American, European, African slave culture, Chinese, Japanese and Asian. All these cultural references came together to make a distinct mix that bent set rules to create something new. In India, when the symbols and values of the great traditional arts heritage collide with the different constructs of neo art, it forms cutting edge avant garde expressions,” Ross told IANS with examples of painters like Tyeb Mehta and F.N. Souza.

Artist Arpana Caur said: “Every day in my life, when I paint, I think it is avant garde because it is new. I sometimes have blood in my work – and by sticking to my blood, I think it’s avant garde. For most artists who push creative borders, it is the sheer pleasure of painting…the market is never on our thought…”

But Caur is one of India’s highest selling artists.
IANS