For the last five years or so surprisingly jean(denim) jackets are no longer available in India .

What has happened , have global apparel brands like Reebok , Wrangler, Lee , Levi’s , Nike, Adidas , Bata and a host of others stopped making the classic jean jacket in India .

But why is India an exception as this 150 year old American outfit is easily available across Europe and America . 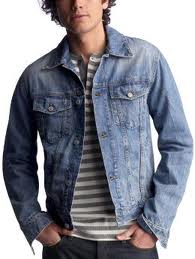 In recent years I have searched for jean jackets at many stores in New Delhi , Chandigarh and Shimla . Have asked others to look for them in other major cities of India but all have returned empty handed .

So what has happened , surely the demand is there among both Indian men and women . A stylish dress which has been around since the nineteenth century cannot simply vanish , but it has vanished from the Indian market in the last few years .

When there is an endless variety of casual jackets manufactured by these global apparel brands , but how come jean(denim) jackets are not on their manufacturing list . 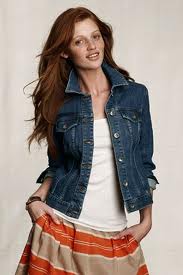 And surprisingly not one but all of these jean brands seem to have stopped making this outfit .

So will the jean jacket now remain part of the old western movies .

The three odd denim jackets in my cupboard are quite worn out now and need to be changed , but looks like I should just preserve them for posterity instead !