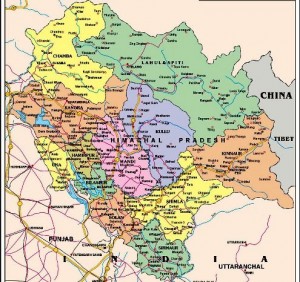 Shimla : The Himachal cabinet on Wednesday released revised(double) house rent allowance(HRA) for employees of the state government from next month .

A spokesman of the state government said this will put an additional financial burden of Rs 100 crore on the state exchequer .

The state cabinet also decided to fill up 100 posts of junior engineers(civil) through HP subordinate selection services board in the IPH department among other jobs in other departments .

It was decided to fill up six posts of block development officers (BDOs) through direct recruitment .

The cabinet also gave its approval to auction toll barriers for the next fiscal year at different entry points of the state by the committee empowered for this purpose and also set up one more toll barrier at Shela Ghora , in Bilaspur district .

It was also approved to reduce VAT from 13.75 per cent to 5 per cent on fuel cakes biomass briquettes made from solid waste procured from any local self government or an individual under the HP value added tax act 2005 .

It adopted a policy with regard to setting up of micro hydel projects upto 100 kv capacity in the state and consider applications only if the generation is for captive or direct third party sale locally .

It was decided to set up a 2 X 250 MW(500 MW) instead of (1X660) thermal power plant on BOOT basis at Raniganj , West Bengal for execution under joint venture by HPCL with Eastern Minerals and Trading Agency (EMTA)