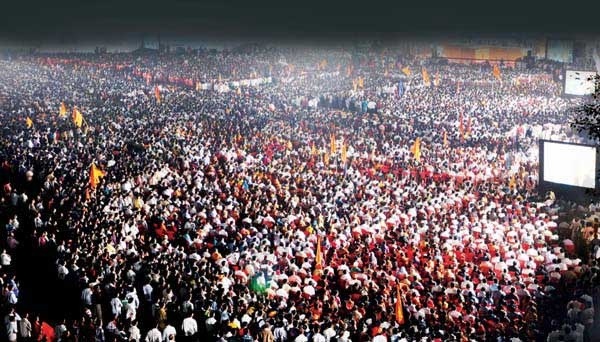 Thackeray in response to the allegation made by Pawar, that the Shiv Sena is involved in a Rs.40,000 crore corruption scam, issued an open challenge to Pawar, of swapping assets with him. 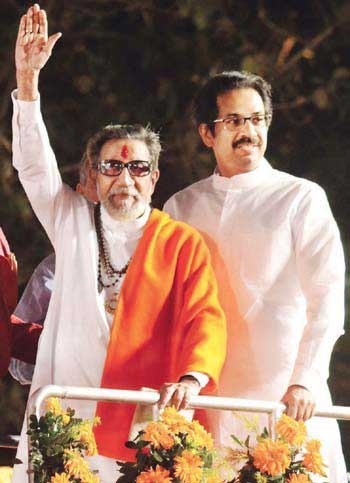 “I will transfer my entire property to your name. You transfer your property to mine. I will have more assets after the exchange. I give you an open challenge,” said Thackeray.

The 86-year-old, while addressing thousands at the Thane ground, took a secular stand and claimed that his party was never against Muslims.

“My party members, especially women, had protected many Muslims during the 1992-93 riots. And those pictures were even published in newspapers. My party never discriminates when it comes to region, religion, caste or creed,” Thackeray said.

“If I will lose significance, then how can I attract so much crowd even today? Will Sharad Pawar, Ajit Pawar and Prithviraj Chavan ever be able to draw so many masses,” he asked.

Thackeray said that he was confident that the Shiv Sena and the BJP-RPI (A) alliance would win the forthcoming BMC elections.

“Use Babasaheb’s Constitution instead. The Shiv Sena has never discriminated against any caste or religion. We are not anti-Muslim. We have protected all those Muslims who love this country. The Dalits should work together with the Sena and the Bharatiya Janata Party (BJP). Now that you have come into our fold, don’t leave us,” Thackeray told Republican Party of India leader Ramdas Athawale, who was also present at the rally late Saturday.

“My nephew has taken a liking for Narendra Modi. He said Modi did not put any hoardings of his successful work. Did he [Raj] not see the full-page advertisements that were being published everywhere,” asked Thackeray.

The senior Thackeray also questioned his nephew as to why he did not train his guns on Sharad Pawar for the Lavasa issue, or on Vilasrao Deshmukh for “misuse of his position”, and allotting land to film director Subhash Ghai’s film institute.
IANS