MTB Himalaya 2012 commenced in Shimla early this month. The riders lived through 9 days of adventure racing covering 500 km, 3250 meters above sea level and took on the Himalayan Challenge.

Among the legends of Mountain Biking, there was a young ‘boy’ of 19 years from Nepal, Aayman Tamang

MTB Himalaya is a tough challenge and it takes guts of steel to complete this race, let alone winning it. One has to ride through high altitude passes of Himachal Pradesh, face the brunt of harsh weather, and above all gain altitude as much as 1000 meters in a single day.

However, Nepalese are tough, some climb the Mount Everest at 16 without oxygen, and some win the MTB challenge at 19. Tough Indeed! 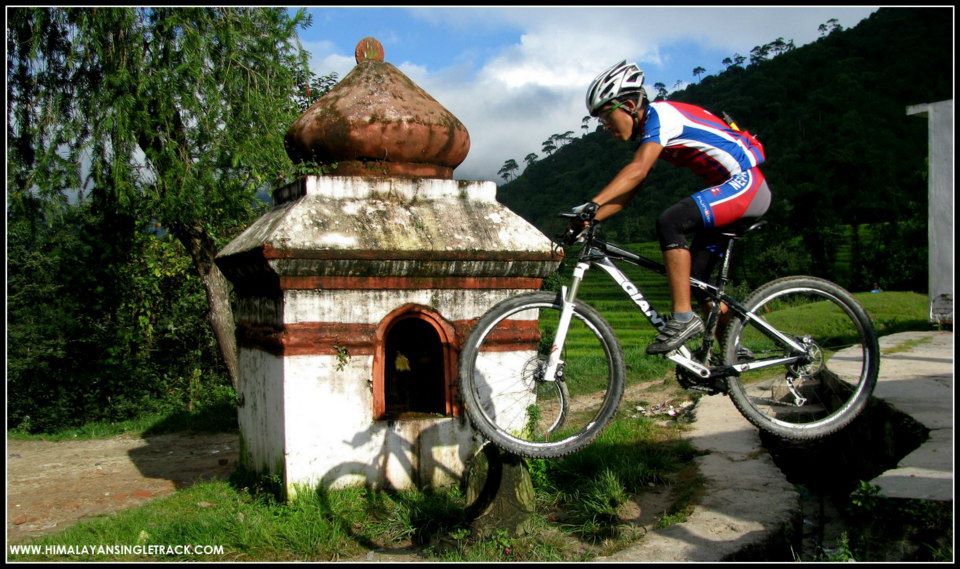 Here are excerpts of conversation with Aayman Tamang, a school dropout at 16, and MTB Himalaya runner up at 19.

Opting out of the school at 16 and sticking to Mountain Biking, how did that happen?

I dropped out of the school in 8th Class. Today I am a professional rider in Nepal but when I started it wasn’t that easy. Some even asked that kids drop out of the school to climb the Mount Everest and you have chosen this weird cycling job. I couldn’t answer them then, but now things are falling in place. Answers come from within and that’s what happened with me. School was not meant for me, Mountain Biking was.

Winning your first International biking event, what do you have to say about that?

I had participated in many biking events in Nepal before MTB happened. This was my first ever International event and winning, even if that means securing second position, is a dream come true. When I first landed in Shimla and met other riders, everybody looked at me with surprise.

Will he compete? Is he from support staff? How old is he? And so many other questions.

I was even asked if I could complete the race. It was kind of funny and I enjoyed it a lot.

However, to keep things going and atmosphere lively, I started performing cycle tricks. It surprised them all and that was my acceptance in the group as a real biker and not some ‘crazy kid’.

You are a school dropout and such events need money, how do you manage your finances?

I work as a Mountain Bike guide back home with Himalayan Single Track, which is owned by ‘Jenny Didi’. She has kind of adopted me and my family. She sponsored my participation in MTB Himalaya and it’s because of her blessings only I have reached so far. Otherwise, a school dropout, that too from Nepal, who would have cared?

Jenny Caunt, popularly known as ‘Jenny Didi’ is an Australian settled in Nepal. She is the owner of Himalayan Single Track and she sponsored Aayman’s trip to India as well participation in the event.

And as we got a chance to speak with Jenny Caunt, she let her emotions speak for her.

Aayman got in to cycling when he met Ajay Pandit who is his mentor. From a very young 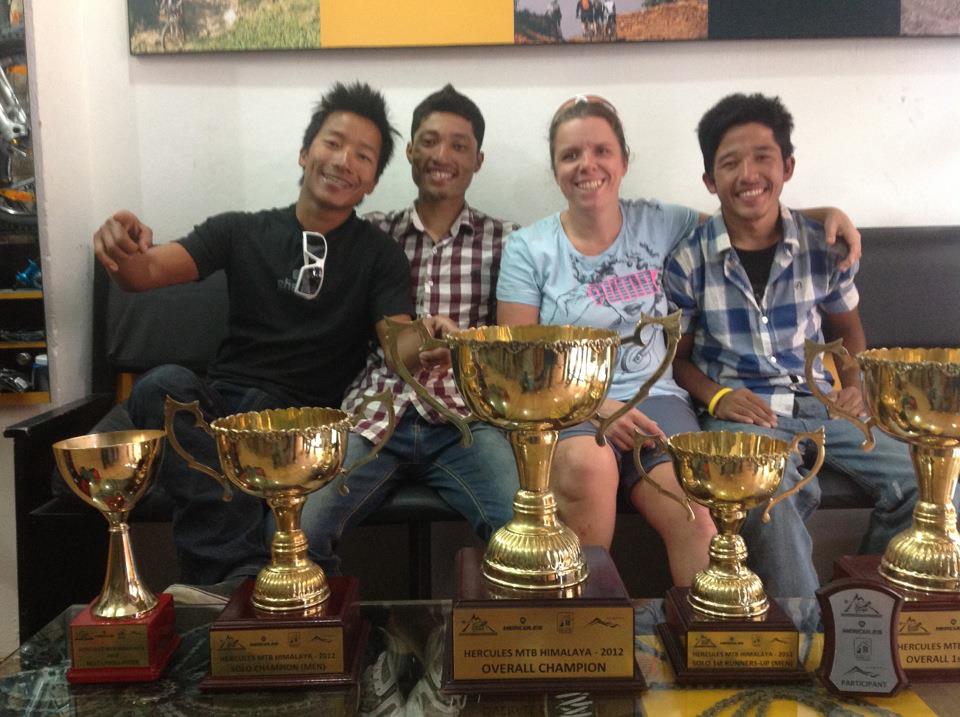 age he wanted to ride. Aayman and his family are looked after by the Just One foundation that helped to get him and his family off the streets and also helped Aayman secure funding to get his first mountain bike. I think that Santosh and I have been the ones to help him nurture that talent along with the great help of his mentors Ajay Pandit and Nayaran Gopal.

He is a special kind of kid, by all means he is not always easy to work with but he has a talent for biking and a charisma that people love that makes us proud every day, even if he does not win, we always know that he does his best whether it be racing or working or guiding. We know we will continue to help and support not just Aayman but many other riders like him in the future, this is what motivates Santosh and me to continue to support and inspire young Nepalese riders.

Recalling the good old days, Jenny says, “I met him several years ago when he was quite young, I have seen and ridden with him in the past and watched him move around Kathmandu from Bike shop to Bike shop, sometimes going to school, sometimes not. He started to hang out in Himalayan Single Track and then from there we gave him a job. “

Yes Aayman is a school dropout and we always tried to encourage him to go to school, but I guess for Aayman it’s just not his thing so we try and support him in every way that we can.”

And then Mark Twain said a long long time ago, “Twenty years from now you will be more disappointed by the things that you didn’t do than by the ones you did do. So throw off the bowlines. Sail away from the safe harbor. Catch the trade winds in your sails. Explore. Dream. Discover.”