Shimla: The Himachal government on Thursday signed up for a $ 350 million loan with Asian Development Bank (ADB) at Delhi for its clean energy transmission investment program.

In presence of Venu Rajamony, a joint secretary with union governments department of economic affairs in the finance ministry, Deepak Sanan, principal secretary power with Himachal government and Hun Kim, country director ADB signed the agreement for release of $ 113 million as the first tranche of the loan amount.

Speaking to Hill Post over phone, Sanan said that the agreement for ADB loan for the Himachal Pradesh Clean Energy Transmission Investment Program had been signed on Thursday. 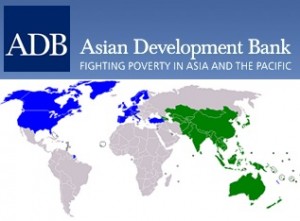 The HP clean energy transmission investment program was approved by the ADB Board on 30 September 2011 and would be used for upgrading the transmission system for supply of power within and outside the state, said an ADB spokesman.

The investment program would be complemented by ADB’s technical assistance grant of $600,000 from its Technical Assistance Special Fund to implement and plan future projects.

“The program will fund much needed new high voltage lines and other transmission infrastructure to allow the state to increase output to meet growing local and national demand for electricity” said Kim.

The first tranche loan from ordinary capital resources, signed today, has a 25-year term, with a grace period of five years and interest determined in accordance with ADB’s LIBOR-based lending facility.

The state government has to pitch in over 29 million dollars as part of first tranche project investment costs that hovers around $ 142 million.