Dharamsala: A deadlock in place since Dalai Lama’s envoys failed to get a response from talks with China, last year, the Tibetan government-in-exile meets here for two days to try and end the “impasse” and “restart” the dialogue. 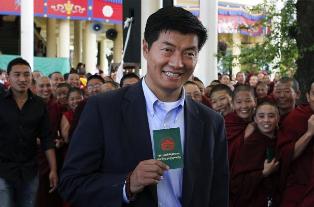 The last round of talks – the ninth – was held in Beijing in January 2010. The government-in-exile submitted an “explanatory” note to the Chinese leadership to clarify its stand on genuine autonomy for the Tibetan people.

China, however, said the two sides had “sharply divided views as usual”.

The task force was set up by the government-in-exile in 1999 to assist envoys of Tibetan spiritual leader the Dalai Lama to hold talks with the Chinese.

Samphel said two envoys of the Dalai Lama, Lodi G. Gyari and Kelsang Gyaltsen, who participated in the previous round of negotiations, would attend the meet.

Harvard educated Lobsang Sangay, who assumed charge as prime minister-in-exile Aug 8, would chair the meeting for the first time.

“The ongoing deadlock indicates that the present Chinese leadership has no desire to give any meaningful consideration to the demands of the exiles,” said a member of the task force, requesting anonymity.

“But the cabinet is keen to continue with its process to engage the Chinese in dialogue,” he said.

Still no decision has been taken regarding the next visit of the Dalai Lama’s envoys to China, he added.

While announcing the names of the newly-constituted cabinet members last month, Sangay said: “Efforts are on to restart the stalled talks, but the Chinese are not reciprocating.”

Sangay, who was once dubbed a “terrorist” by China because of his earlier association with the Tibetan Youth Congress, the largest radical group of exiles, said efforts would continue to restart the talks within the framework of the Chinese constitution.

Currently, a five-member delegation comprising members of the British parliament is touring here to meet the government-in-exile functionaries.

A government spokesperson said the delegation would impress upon the British government to encourage negotiations between the Chinese government and the Dalai Lama’s envoys.

China and the Dalai Lama’s envoys have held nine rounds of talks since 2002 to resolve the Tibetan issue. But no major breakthrough has been achieved.

In November 2008, the discussion between the two sides collapsed after China’s rejection of the Tibetan demands for autonomy.

The Dalai Lama fled Tibet along with many of his supporters and took refuge in India when Chinese troops moved in and took control of Lhasa in 1959. India is home to around 100,000 Tibetans.