Shimla: Government to citizen services intended as part of e-governance initative to be imparted through setting up 3366 Lok Mitra Kendraâ€™s (LKM) across the state has fallen behind target, depriving the people of much of the facilities that the project is being rolled out for.

Initially the target to set up all the LKMâ€™s, was September, 2010 which has been revised to March but the department of information technology website showed that by 4 January, 2011, only 1453 LKMs had been certified as functional. 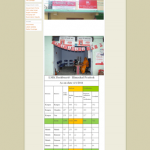 Handed out in January 2009, to two companies for setting up these community service centers, one in each panchayat on a private-public-partnership, so far 2576 are claimed to have been set up with only 1917 having internet connectivity and certification for 1891 has been applied for of which only 1453 have been approved so far.

Director IT, Rajneesh Kumar let My Himachal News know that connectivity problems, operational viability, availability of locality specific entrepreneurs and technically non-feasible locations were some of the constraints being faced in rolling out the IT enabled scheme. â€œThe roll out target has been extended upto March, 2011, he said.

Topographically hard to access places like Bara Bangal in Kangra and Dodra-Kawar in Shimla district had been categorized under technically non-feasible locations, while there were many panchayats, where none was coming forward to own and operate these centre, said Rajneesh. Non availability of requisite bandwidth at many locations was another bottleneck, he added.

The central government had made available Rs 166.75 crore towards the ambitious e-governance program of Himachal which included rolling out of IT enabled services for the citizens and setting up of a state data centre.

A pilot project for starting web enabled government citizen interface (Lok Mitra) in the state was initially tested in Hamirpur district in the year 2001.