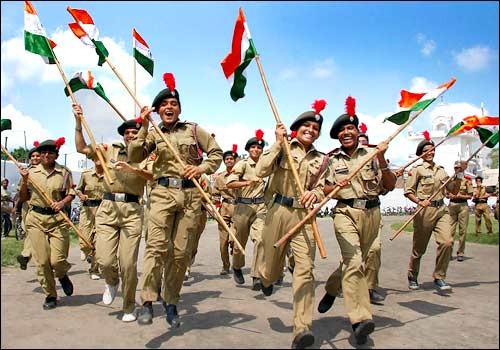 New Delh: Prime Minister Manmohan Singh is likely to lay the foundation stone of the Indian National Defence University (INDU) in the last week of May, an official release said Friday.

It said Defence Minister A. K. Antony Friday held a meeting on INDU, which will be a fully autonomous institution spread over 200 acres at Binola near Gurgoan.

“Decks have been cleared for the laying of foundation stone of Indian National Defence University. The final touches to the plan were given at a meeting presided over by the Defence Minister A. K. Antony here today. The Prime Minister Dr Manmohan Singh is likely to lay the foundation stone in the last week of May,” the release said.

The university will be instituted by an act of parliament with the president as the visitor and Defence Minister as the chancellor.

The University will be headed by a president, who would be a three star serving general or equivalent officer with C-in-C status on appointment.

The vice president of the university will be a civilian.

Sixty-six percent of students would be from the armed forces and 33 percent would be drawn from other government agencies, including the police. The teaching faculty will comprise both military personnel and civilians in the 1:1 ratio.

“The university will have the mandate to provide-knowledge based higher education for management of defence and keep its students abreast of emerging security challenges through research and training.

“It will focus on higher education in defence studies, defence management and defence science and technology. The university will offer post-graduate studies and doctoral/ post doctoral research,” the release said.

It said Binola had been chosen as the venue for the university due to its proximity to the national capital and availability of land.

It said a large number of international officials, students and civilian and defence officials were expected to visit the university for courses and training.

“The university will be governed by its own norms and will inculcate and promote coordination and interaction between armed forces and other institutions in the country,” the release said.

Education Consultants of India Ltd (EdCIL), a public sector enterprise set up by the human resource development minister, has been appointed by defence ministry as the consultant for formulation of detailed project report, layout plan and INDU Act and statutes.