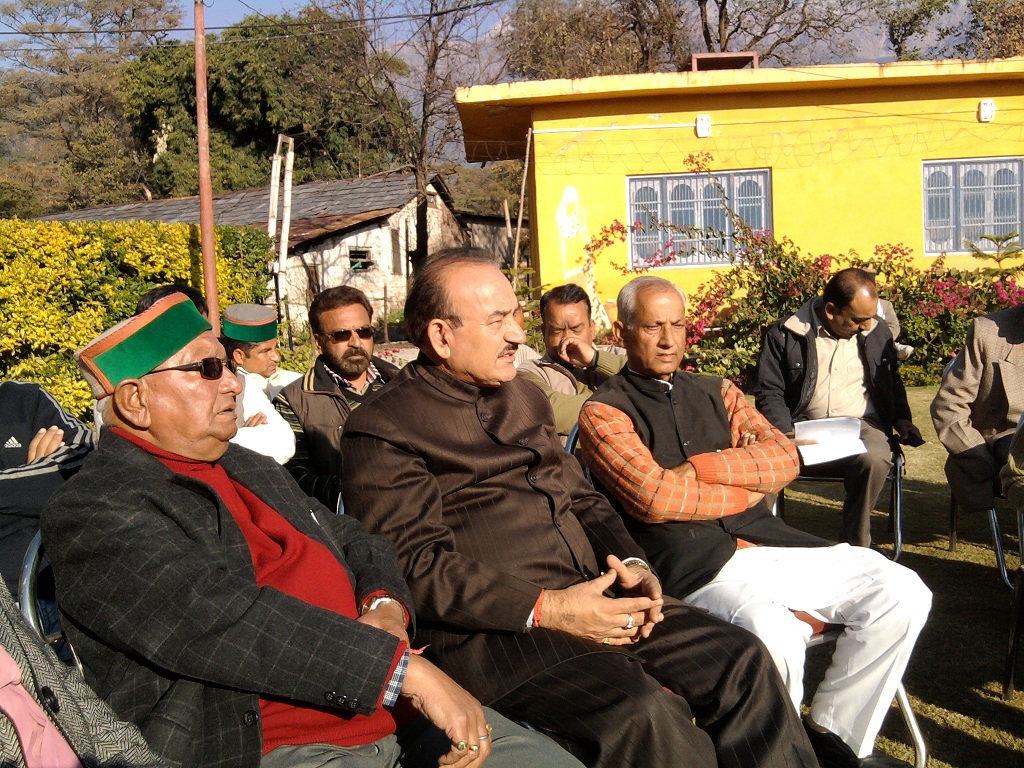 PALAMPUR: Thakur Kaul Singh, HP PCC President and senior congress leader today demanded removal of all the 62 tainted officers with doubtful integrity , whose list was submitted before the HP High Court last week by the Director General of Police Himachal Pradesh in connection with corruption cases pending for action with the government.

Addressing news conference here this morning Kaul Singh said that tainted officers had been holding key sensitive posts in Himachal Pradesh government. Despite lot of controversy in the state, state government was yet to initiate any action against them. He said government should immediately remove all of them from the key posts. Kaul Singh also demanded action against eleven other officers who had already been penalized and punished by the courts , still holding their offices. Thakur said government should clarify his stand who it was shielding the corrupt officers despite court orders.

He expressed grave concern over the large scale transfer of lands to the non Himachalis and no farmers in the state. Despite specific law under section 118A, HP Land Reforms and Tenancy Act, non Himachalis and non farmers could not buy land in Himachal, state government had granted permission for the transfer 7000 hectors of land in past three years which was a high figure, if this unhealthy process continued Himachalis would loose their lands in the state soon. He quoted that Shimla Municipal Corporation had also given illegal permission to a private builder to construct flats in Shimla, so that he could sell it without the permission of government by passing the provisions of section 118 of HP Land Reforms and Tenancy Act.

Thakur said congress party would raise the education scam in the state assembly, which would be in session from December 6, at Dharmshala. He said that the record of past fifteen years HP State Education Board should be scrutinized by the Onkar Sharma Committee, so that truth could come out. He demanded registration of criminal cases against the Chairman and Secretary of the Board who had signed the bogus certificates of 3000 students.

Thakur said till date only petty employees of the board had been booked, high ups were beyond the reach of police because of political pressure.