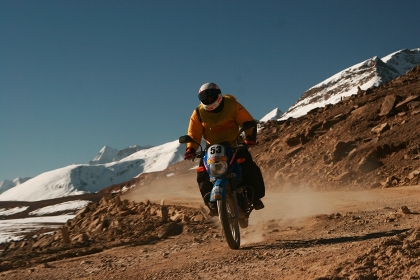 Shimla: Be it rain, snow, earthquake or cloudbursts, there is no stopping the Raid as the organizers tighten up their seatbelts for holding the 12th race in as many years, though major route changes have been made and Indiaâ€™s toughest motor rally will not be headed to Leh this time.

â€œStarting from Shimla on 10th of October, the 12th Raid will be a 6 leg event covering about 2000 Kms of which about 800 Kms would be the competitive section when it ends up in Manali on 15th October,â€ said Vijay Parmar, chief organizer of the motorsport.

Major changes have been made in the Raidâ€™s route this year as the road to Leh is being used to carry supplies for the victims of the cloudburst disaster,â€ said Parmar. From Leh, the Raid used to head to Kargil and end up in Srinagar. This too has been struck off.

Instead, for day one, the Raid would start from Shimla, go out to Nalagarh and Kiratpur in the lower Shivalik ranges and head back to Shimla after touching Naina Tikkar and Chail.

On the second day it would take the route around Kotkhai, cross over through Baghi-Khadarala and drop into Satluj valley before climbing past Khanag and Jalori Pass for a night halt at Manali.

After passing Gramphoo on day three the Raid heads into Spiti over the Kunzam La pass from Chandra valley to end the day at Kaza. On day four, the Raid does the Kaza-Komik-Lingti-Schling-Kaza loops in Spiti valley itself.

On the penultimate day, the motorists retrace over the Kunzam La pass and head deeper into Lahaul valley to reach Patseo after passing Darcha.

On the Raidâ€™s last day, the tough survivors in the game head upto â€˜Whiskey Nullahâ€™ and after doing the last competitive section around Sarchu end the event with a long transport back to Manali.

In all, 167 participants have registered up for the adventure, which include 54 motorcyclists, 43 competitors in the 4 wheel X-treme version and 70 in the 4 wheel Adventure Trail version, said Parmar.

Among the motorcyclist competitors are 5 Austrians and 4 NRI, two of whom are from USA and one each from Canada and New Zealand.

The Raid happens to be one of the toughest motorsport events in the world, where the skills and control of professional and amateurs are put to test on some of the highest motor able roads in the world. 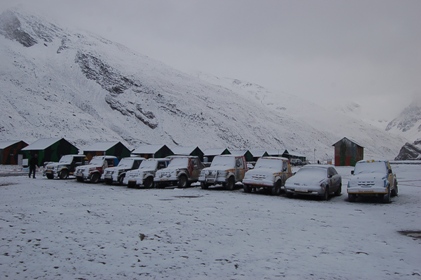 In its 12 year history, while one Raid was cut short by an early snowfall blocking the high passes yet another one survived an earthquake that struck at a time when the rallyists were competing around Kargil in Jammu & Kashmir.

Some drivers did feel the tremors but the damage it did across the border to parts of Northern Pakistan only became known after the race was done.