Set up in collaboration with Eye Bank of Government Medical College, Chandigarh, at a cost of Rs 40 lakh, the hospital would be able to offer eye donation, processing, preservation and transplantation of cornea facilities, said Dhumal on the occasion.

Opening of the eye bank fulfilled a long pending demand and would go a long way in helping the visually impaired patients regain their visibility through transplanted eyes, he said.

Speaking on the occasion the chief minister said that the latest 64 slice MDCT machine would fasten up the scanning process of the body parts. 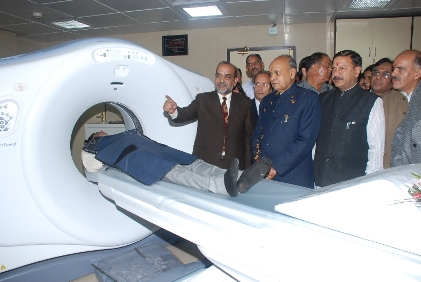 Whereas radiation exposure would be considerably low as compared to existing old machine; facility of angiography, bronchography, enterography and colonography would be possible with the new set up, he said. 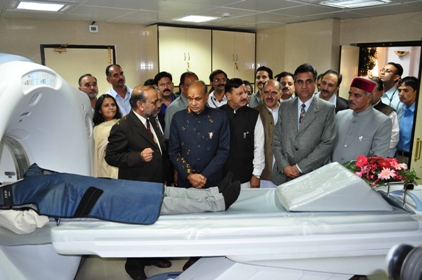 The new machine was capable of doing triple rule out scan to visualize the coronary arteries, pulmonary arteries and aorta with single injection to the patient with acute chest pain while in stroke patients, brain perfusion study could be done in one setting to assess the salvageable parts of brain.

The machine also had a 3D reconstruction facility for providing better visualization of the body parts, he said.

The Telecobalt Unit machine installed at the colleges Regional Cancer Centre would enable delivery of precision radiotherapy to the tumor bearing areas with minimum possible ratio dose to the normal tissue or vital organs lying close to tumor area. 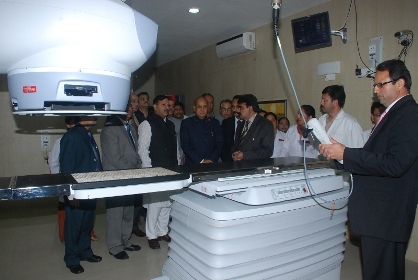 The new unit was capable of treating 120 to 130 patients daily compared to 60 to 65 daily earlier thereby exhausting the waiting list of patients, he said.

The chief minister also took time out to inaugurate the Sister Nivedita Government Nursing College, the first such institution in the government sector in the state.