Shimla: Drawing up norms of minimum student strengths in schools, the government intends to close down 743 elementary schools that have a total strength of less than 10 students and intend to merge them with neighboring ones by providing distance allowance to the affected children. 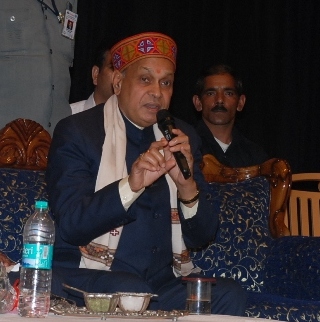 Making the disclosure at an â€˜Education Conclaveâ€™ organised by the NGO Ashadeep here today that debated upon â€˜Education in Himachal Pradesh: Reality and Directionâ€™, chief minister Prem Kumar Dhumal said, â€œto bring about qualitative changes, the government was considering to rationalize schools were the teacher taught ratioâ€™s was grossly deficient.â€

He said, â€œa recent survey had shown that there were 743 elementary schools with a total strength of less than 10 students. In such institutions, there is not enough of a peer group environment to imbibe competitiveness for students to learn.â€

â€œThe government was considering merging these 743 schools with a neighboring school and providing for distance allowances or a conveyance to the affected students to access the neighbouring school and avail better education,â€ said Dhumal.

The chief minister pointed out that whereas the central budget was yet to achieve its target of 6% percent allocation on education, the state was spending as much as 17 percent on education and precious resources need to be utilized optimally.

Sources in the elementary education department revealed that draft rules for implementing the Right to Education Act in the state had been prepared and had been circulated in the government for gauging the financial implications involved.

The draft rules provide for norms such as distance at which one elementary school should be distanced from another, said a department official.

Where rationalization of schools should become necessary and some institutions need to be closed, the draft rules propose handing out a distance allowance or providing transport services so that under Right to Education every child can access a school, said the official.