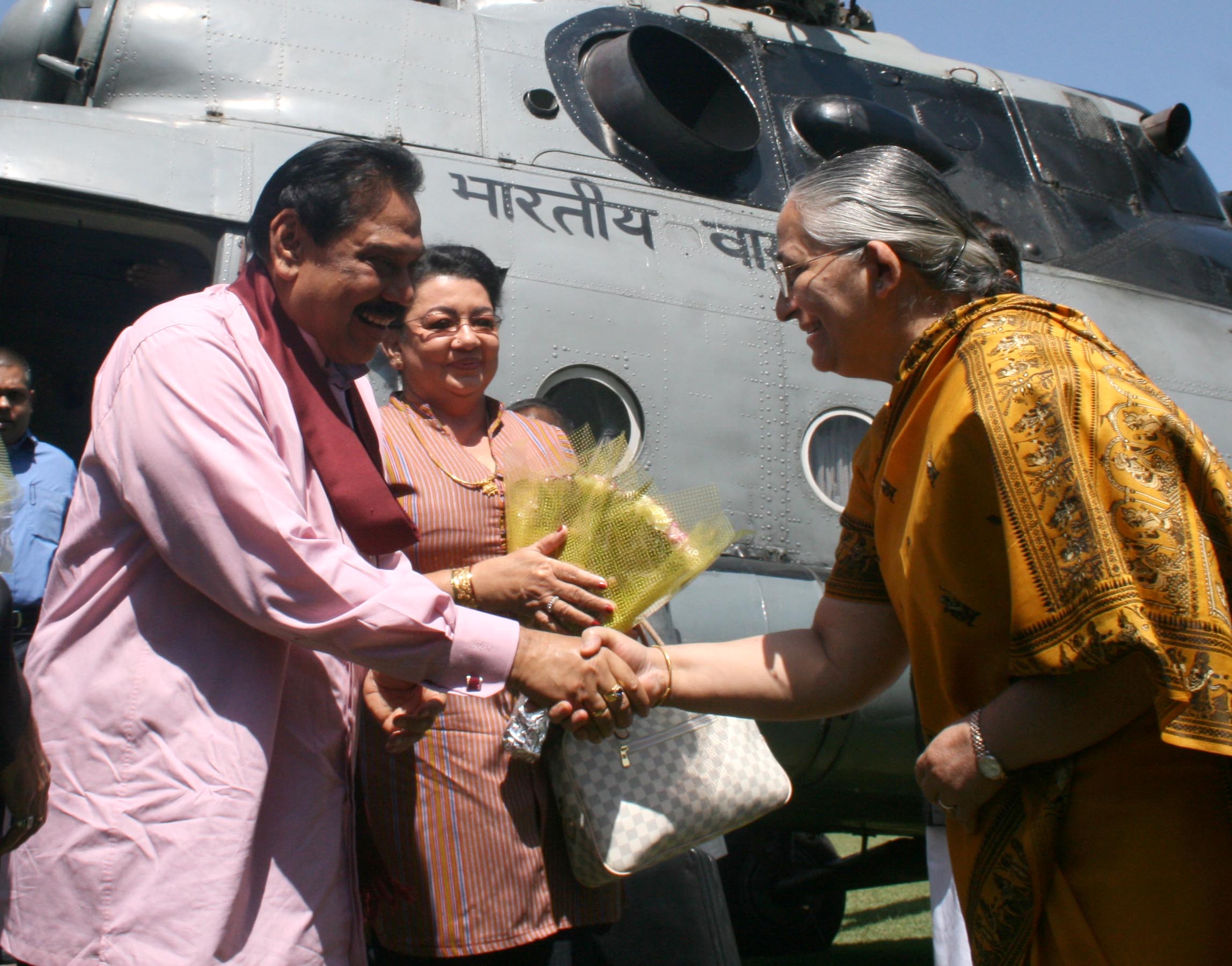 Later in the day, while Mahinda decided to spend time around the serene wooded environs of Hotel Wildflower Hall at Charabra, Shiranthi taking an afternoon stroll on The Mall could not refrain from saying, “Shimla is like a home away from home,” even though this is her first visit to the hill station.

Drawing upon the common heritage when Shimla was the seat of power that oversaw colonial territories under British rule, the lady president expressed her desire to visit as many heritage places as possible during the holiday.

“This town holds links to a common history and I would like to visit all the heritage places during my stay here,” said Shiranthi.

While the Lady President was out shopping on The Mall where she picked up 6 Kullu shawls from Himachal Emporium and two sweaters from an outlet at the Scandal Point, President Rajapaksha and 23 other members of his delegation stayed put around the hotel premises where they soaked in the sun amidst the luxurious setting and took a walk into the surrounding deodar forest.

At an altitude of 8250 feet, Oberoi Wildflower Hall is itself built over the ashes of the summer residence of a former British commander in chief, Lord Kitchener.

“The Sri Lankan President and his wife after arriving by an air force helicopter at Annadale helipad, this morning, where they were officially received, straightaway drove up to Hotel Wildflower Hall,” said Rajiv Bindal, who was minister in protocol to receive the dignitary.

The President and his delegation are scheduled for a state dinner to be hosted by Governor Urmila Singh at the historic Barnes Court, which was witness to Shimla Agreement between India and Pakistan in 1972.

Other than the president and his wife, there are three ministers, an member of Sri Lankan parliament and official staff members of the delegation who are to hosted by Governor Urmila Singh for dinner, said a spokesman of the governors’ house. Chief Minister Prem Kumar Dhumal would also be there for the dinner reception, he added.