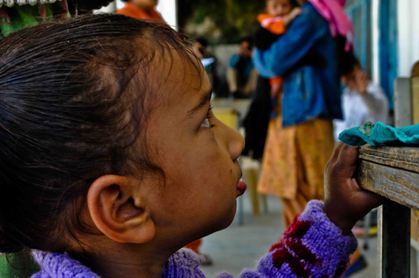 Outer Seraj Valley, Kullu: Mal-nutrition coupled with limited access to clean water was telling upon the health of many children in interior Seraj Valley of Kullu; something that a medical camp held in the last week of May and supported by My Himachal found out. 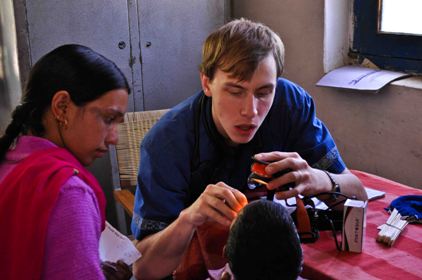 Dr Susan Passah, from Jibhi CHAI hospital who was conducting the 6th yearly Rural Health Mela said, â€œOf the about 500 children examined during the health camp, many of them were lacking proper nutrition.â€

Common diseases that were noticed in the children were worm infection, tonsillitis, dental caries, gastroenteritis and eczema,â€ said the doctor.

Due to lack of access to clean water, most of them showed symptoms of worms infection and de-worming medicines were handed to all children who got themselves examined at the Mela, she added.

Besides conducting physical examinations of the children and other patient, the doctors and My Himachal volunteers conducted dental and eye check up at the four day camp. 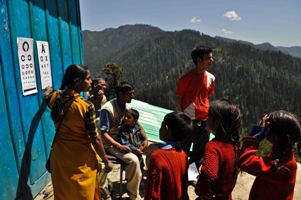 Health supplements to those needing it most were distributed and awareness about health and hygiene was imparted to the villagers. 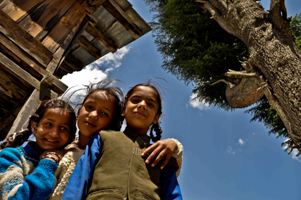 Saroj, of Teel village, who had brought her two children for a health check up complained, â€œthere is water shortage in the village as the government supply scheme did run dry three months back.â€

â€œMen and mostly womenfolk from the village have to walk almost 3 Kms to fetch water daily. This task alone not only consumes a lot of our time but water carried home has to be used very sparingly, she said.

Payson Stevens, founding and advisory board member, My Himachal who was present at the Health Mela said: â€œThe advent of global warming variability in the higher villages, with apparent chronic water shortages and the concomitant impact on child healthcare will only add to the problems in these remote areas.â€

â€œOur work for the last five years has hopefully helped in some small way but the looming issues are still enormous challenges for rural areas, and especially for children,â€ he said.

In all children of four villages â€“ Teel, Mohini, Pedcha and Garaho in interior Seraj Valley of Kullu were examined by health teams who had to trek long distances uphill to reach these mountain people living in a countryside where motorable roads are still to reach them. 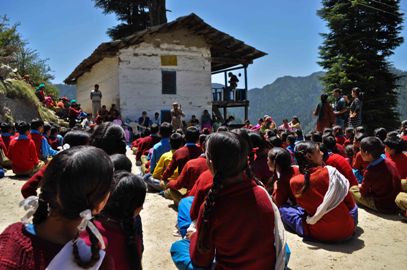 As part of health awareness, Kalajatha – a group enacting street plays with folk songs, spread the message about health issues, water issues and impact of human activities on climate change.

The actors also engaged the children in an interactive session educating them about the food pyramid and what essentially needed to part of their daily diet.