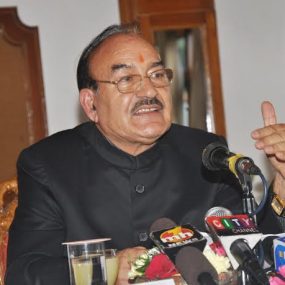 Shimla: Unable to tame a private medical college that is allegedly defying the terms of reference for setting up the institution, the government has warned that it would do whatever the law permits to make it abide by state laws.

Talking to reporters, here on Wednesday, health minister Kaul Singh denied that the government was being soft with a private medical college set up in Solan district.

“Medical Council of India has permitted 150 MBBS seats for the new medical college and state quota of seats reserved in the institution would be filled as per counseling conducted the state medical education department,” he said.

However, he admitted that the medical college had changed the terms of reference and instead of being affiliated to Himachal Pradesh University; it had presented its case before MCI showing affiliation to a private university that was run by the same trust which had opened up the college.

We will not allow this, said the minister.

The government would do whatever it takes to bring the college under the ambit of HPU, as was envisaged in the MoU when permission was granted for setting up the institution.

Having just admitted a second batch of 150 students for a bachelors medicine course, the private medical college functioning had raised eyebrows when MCI had retained its student intake strength but had reduced seats in two state run government run medical colleges from 200 to 115. After much protest and lobbying the 200 seats now stand restored.

He said that plans were afoot to expand their intake capacity to 150 seats in each of the two colleges for which funds had been approved by the central government.

Besides, he said, three other medical colleges in the state sector are being set up for which the central government has sanctioned Rs 189 Cr each. The colleges within three years are to come up in Chamba, Nahan and Hamirpur, and were approved by the previous UPA government. 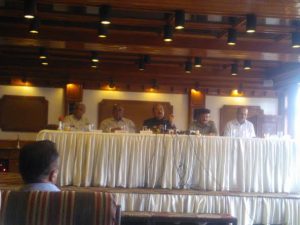 Time is of uttermost importance when someone is hit by a stroke. The tele stroke intervention involves bringing the patient to a hospital, getting a CT Scan done immediately and when a clot is spotted, an injection given under guidance from specialists on tele-medicine connectivity helps to dissolve the clot and saves a patient from slipping into paralysis, explained Vineet Chaudhary, additional chief secretary health.

Himachal being the first state in the country where the pilot intervention was started about two months back, so far 6 patients have been treated in time and are on way to full recovery, said the health secretary.