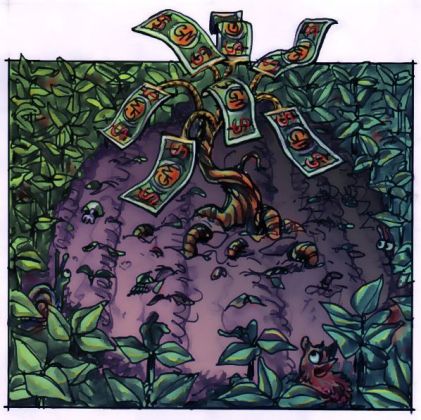 Shimla: Drumming up support for not allowing entry of genetically modified (GM) crops into the country, renowned octogenarian scientist PM Bhargava told reporters here today that seed security was essential for the countryâ€™s food security and allowing GM crops not only threatened food security but the very foundation of the nationâ€™s Independence as it had potential to play havoc with the nationâ€™s health and bio-diversity.

He said by surrendering our sovereignty over seeds to GM seeds, it would threaten agriculture, the farmer and the entire rural sector for as much as 60 percent of the people were totally dependent for their income and sustenance on the farm economy.

Bhargava, who because of his differences with other members of the National Knowledge Mission was eased out said that a 15 year moratorium on GM crops needs to be made and the intervening time needs to be utilized for setting up necessary testing facilities which include advanced laboratories for testing and approving GM crops.

He said that research papers about harmful effects of GM crops were increasing each year.

He held that the claim of GM crops resulting in better productivity was hollow as not only has BT Cotton productivity that was introduced a few years ago started dropping but the American Bollworm and Pink Worm had become resistant to the crop in many areas, he said.

Even Bt Cotton was introduced into the country without proper testing as the necessary infrastructure like state of the art laboratories have not be set up, he claimed.

The scientist cautioned that states like Himachal and Kerala, which hold the largest bio-diversity in the country, could be permanently damaged because of the potential of GM crops to laterally transfer genes to other crops. 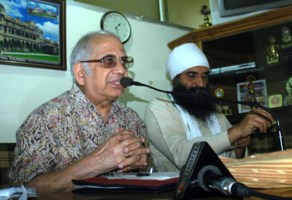 Terming it a conspiracy of multinational companies (MNCs), the Padma Bhushan and Legion Dâ€™Honneur awarded scientist said that there were 10 MNCs involved in manufacturing GM Seeds, who wanted to take control of Indian agriculture by destroying traditional seed growing practices.

Citing the example of the pulse polio campaign, Bhargava said that despite strong objects oral polio drops over polio vaccination was adopted by the country and it was there for everyone to see that despite so many years polio had not been eradicated.

Polio cannot be eradicated unless you take to injectible vaccines as has been adopted in the countries which have succeeded to do so, he said.

He said that he was not averse to genetic engineering as such because under controlled conditions its usage had helped to develop vaccines for Hepatitis that had lowered costs substantially and made it affordable.

However, one cannot do that with plants, he said. Drugs and vaccines are manufactured under controlled conditions and if found to be harmful, a recall can be made but one cannot recall harmful plants from the fields, he added.

Umendra Dutt, an activist of alternative model of farming from Punjab, who was present at the conference call, said that the fight against GM Crops had reached a new level as a Bio-technology Regulatory Authority bill had been introduced in parliament, which had a clause incorporated to keep research data under it outside the purview of RTI Act.

He said that it was only through RTI that data about the harmful effects of BT Bringal could come out into the public domain and that too after the intervention of the courts as the companies involved had attempted to resist it.

Sanctity of RTI needed to be protected in such kind of proposed legislation to ensure transparency, he said.

Agriculture was a state subject, but MNCâ€™s involved in GM seed production were trampling upon state rights and dragging state government to courts over pricing issues, said Umendra.