Shimla: An ambitious project to provide ambulance services within half an hour of an emergency call in the accident prone state has proved a non-starter as the company that was awarded the multi-year contract has failed to meet even preliminary conditions laid out. 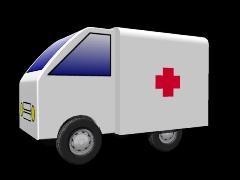 Confirming the botched up project award, health minister Rajiv Bindal said, â€œwe are reviewing the matter as the company that was awarded the contract award has failed to meet the deadlines set out. Opinion of the law department has been sought whether to cancel the contract award and open up negotiations with others who were shortlisted for the project or re-tender it.â€

Only in January, the Himachal government had awarded the Rs 20 crore emergency medical response and transportation scheme to an Indo-German venture of Anjana Industries and Ambulance Aicher Union for a five year term after scrutinizing a competitive bid procedure.

The agreement was signed in the presence of health minister Rajiv Bindal. The agreement entailed having in place 100 ambulances by March, accessible by a toll free number for providing emergency services within 30 minutes in urban areas and 45 minutes in rural areas.

Sources disclosed that there were 5 bidders who were shortlisted on opening of the financial bids for the scheme and the contract was awarded to the lowest bidding concern.

With the assurance that the emergency services would become operational within two month, the contract winning company has not only failed to operationalize the contract but has not even deposited Rs 70 lakh the security amount that was agreed upon as a preliminary condition.

Additional health director, Rakesh Kanwar said, â€œWe will have to forfeit the Rs 20 lakh surety that the company had deposited during the bidding process and are weighting our options of whether to re-tendering or negotiating with the other companies that had participated in the bidding process. Certainly, re-tendering would cause further delay, he added.

As Gujarat and Uttrakhand are reported to have already implemented the scheme, Himachal plans to have the service in place early has come as a damper. Sources revealed on sensing the low bid made to be a loss making proposition, that the contract winning company had a change of heart and first tried to re-negotiate it before dropping plans to execute it.

Meanwhile, emergency ambulance services continue to be provided by the health authorities as the attempt to outsource it is yet to get started.