Shimla: Dust on the controversy over setting up the countryâ€™s first Himalayan Ski Village (HSV) around hills of Manali is yet to settle, for the promoters are contesting the government cancellation notice saying that it is totally in error and in continuation of a politically motivated charade.

At the same time highly placed government sources revealed that the HSV Company had replied to the project termination notice that was served on them following a cabinet decision taken last December.

The company reply is said to have been receive on 5th February in which the promoters have countered the government committeeâ€™s report findings that valley residents of Manali were opposed to the $ 350 million tourism project. The committee was set up under directions of the High Court to re-consider the Ski Village project.

Contrary to the committeeâ€™s findings, sources reveal, HSV in its reply has stated that whereas the tourism venture had employment potential for thousands, only a few people were opposed to it.

Claiming the HSV project was being made a victim to local politics, John Sims, MD of HSV when contacted stated, â€œwhile the same government floats numerous tenders without any public input, the show cause notice served on us is totally in error and a continuation of the politically motivated charade.â€

He went onto add that the international image of Himachal as an investment friendly state was losing out and good employment opportunities are lost. 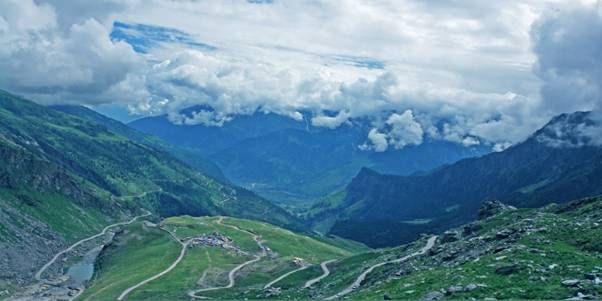 On the other hand the high level committeeâ€™s report findings (a copy is with My Himachal News) hold that the government â€œhas the right to forfeit the bank guarantee and to terminate the IA (Implementation Agreement) and if feel appropriate, invite global tenders for the project.â€

HSV promoters which include Sims and Alfred Ford, a family member of famed owners of Ford Motor Company, have deposited Rs 75 lakhs, of which Rs 25 lakhs is earnest money and Rs 50 lakhs towards Destination Himachal Fund, after signing the MoU and IA for the project.

The report concludes that the Detailed Project Report for the project was incomplete as it did not include an Environment Impact Assessment (EIA) which the company was bound to obtain before any lease of government or forest land could be made.

For undertaking an EIA, a public hearing for or against the project was essential, which was not done. The report records that at a public hearing conducted by the committee on the proposed project site on 6th June, 2009 found that the â€œlocal people openly rejected this project.â€

The Ski Village concept plan proposed by Alfred Ford, chairman HSV, on 19th March, 2004 was given a nod by the state on 9th December, 2005 and an IA was signed on 5th June, 2006. The detailed project report submitted on 3rd March. 2007 laid out a plan to construct 170 seven star rooms, 1000 four star rooms and 100 chalets on 93.1 hectares of land, of which 16.3 hectares was to be on government or forest lands near Palchan village of Manali.The project was touted to be the country’s largest tourism FDI proposal, which expected to attract about $ 350 million of investments.