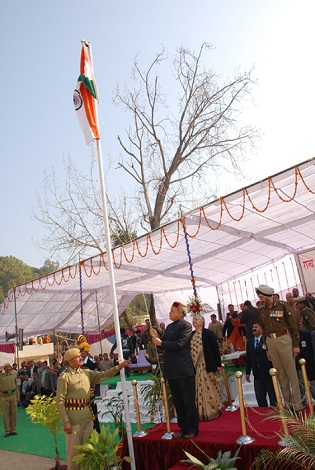 Shimla: Chief minister Prem Kumar Dhumal on the occasion of 40th statehood day announced release of pay revision arrears from government employees and pensioners, increased daily wages for industrial workers to Rs 110, and announced including another 15,000 people under the social pension scheme.

Speaking at the state level function held at Bijhari in Hamirpur district Dhumal said release of 10 percent arrears for on account of upward pay revision from 1st Jan, 2006 would cost the state exchequer Rs 250 crore.

For industrial workers, Dhumal said that daily wages would be increased from Rs 100 to Rs 110 from 1st February.

The state which is providing social pensions of Rs 330 to old people, widows and handicapped person added another 15000 eligible persons to the scheme. The chief minister said that number of beneficiaries of the social security scheme stands increased from Rs 252,000 to 267,000. The government was spending Rs 100 crore annually on the welfare measure, he added. 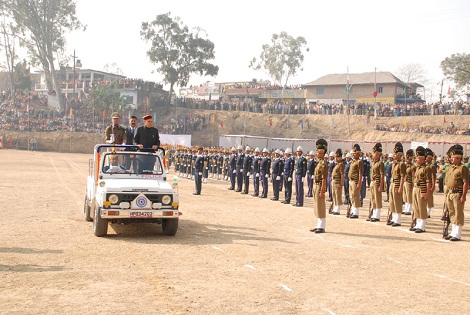 For improving the sports infrastructure, Dhumal announced Rs 1 crore grant for Hamirpur government college and another Rs 1 crore for an indoor stadium in Rohru. For promoting the sport of volleyball, he announced releasing of Rs 16 lakh each for Una, Dharamshala and Shimla for laying tera flax in indoor courts.

For constructing gymnasium hall in Mandi, the chief minister announced Rs 29 lakhs, for one in Nahan Rs 19 lakhs and another one in Una Rs 16.60 lakhs. Equipments worth Rs 30 lakh for district gymnasiums would be made available, he added.

To repair Indira Gandhi Sports complex at Shimla, an amount of Rs 6.62 lakhs was announced and for construction of an indoor badminton hall in Dadahu, Sirmaur Rs 10 lakhs.

To meet water shortages in Nadaunta and Nadaun assembly segments of Hamirpur district, the chief minister announced a R. 34 crore lift drinking water supply scheme that would use water from Beas River.

Whereas the Kisan scheme was providing a 80% subsidy for construction of polyhouses, drip and sprinkler irrigation systems, the dairy scheme would benefit 50,000 rural families who would be brought under 10,000 Self Help Groups. A loan up to Rs 3 lakh was being provided to each beneficiary for animal husbandry activities, he added.

From a humble start in 1971, when the per capita incomes was Rs 651, the states has made rapid strides and was considered a role model among hill states where the per capita income has increased to Rs 46,000. The state had proposed a annual plan for 2010-2011 at Rs 3,000 crore which was much higher than when the regions was incorporated as the 18 state of the union, said Dhumal.