Shimla: Having dropped a few notches lower among the fruit producing states of the country, leader of the opposition Vidya Stokes today laid emphasis on organic farming, its marketing and processing potential as well as developing a cool chain for fetching better returns for the farming and business community. 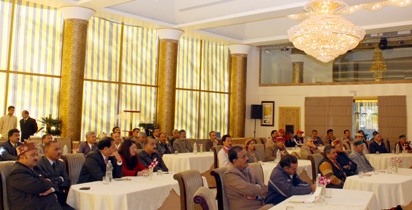 Speaking at Agriculture and Processed Food Products Exports Development Authority (APEDA) workshop, Vidya Stokes, senior congress leader and leader of the opposition said that Himachal was no longer the fruit bowl of the country as other states had surpassed the state in both productivity and quality.

Laying emphasis on quality, she said that turning to organic farming especially in off season vegetable growing had tremendous potential which could provide better returns to the farming community.

For fruit growers, she said that adopting latest growing methods, packaging systems and using cool chains transports systems was needed to boost quality and productivity. She said that there was a tremendous demand for organic fruits and vegetables and it was organisations like APEDA who were in the forefront of developing certification systems for growing, trading or processing organic products.

Prakash Thakur, an APEDA director, on the occasion pointed out that despite the volume of business in export of organic products in 2008-09 being Rs 537 crore, participation from Himachal was negligible.

In order to promote the produce and products from the state, APEDA would be holding a conference in collaboration with PHDCCI in January or February that would be attended by union commerce minister Anand Sharma, where information about involving participation from Himachal would be shared.

APEDA, also does make grants for infrastructure development, and only recently sanctioned Rs 40 crores for the purpose, which was mainly for projects proposed by Maharashtra and Gujarat government, said Thakur.

He mentioned that APEDA was planning a global launch of its traceability software at Biofach, Germany in Feb 2010. Biofach happens to be the Worldâ€™s largest trade fair for organic products. 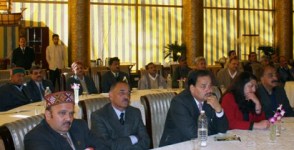 Emphasising upon need for capacity building for successful implementation of the traceability system, Thakur said that this system is one of its own kind in the world and does enhance the creditability of Indiaâ€™s certification procedures and its organic products in the world.

At the daylong workshop, nuances about registering with APEDA and the certification process for becoming a registered group of organic producers was explained in a detailed presentation.

Difficulties being faced by organic producers in marketing their produce and problems arising in timely certification were responded to by the officials.