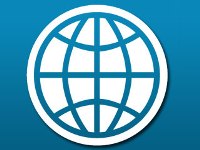 Shimla: Taking stock of World Bank funded State Road Project Component â€“ I a visiting team was from the bank was informed about the status of various projects under execution as well as about the award of the remaining packages handed out recently.

Public works minister Gulab Singh Thakur stated that the World Bank team is here to review progress of various projects and did hold a meeting with the ministry officials on Friday evening.

Component-I of the State Road Project involves up-gradation of roads in the Core Road Network, including widening of formation, realignment, new structures and pavement strengthening of about 435 kms of roads spread out over 10 packages that are to be completed in two phases along with implementation of ancillary social, resettlement and environment measures.

Thakur said, widening and strengthening of Mehatur-Una-Amb road and Theog-Kotkhai-Hatkoti-Rohru road had been awarded to M/s Longjian Road and Bridge Company of China.

Work for the 15 kms Jahu to Kalkhar section of the Una-Barsar-Jahu-Kalkhar-Nerchowk road had been awarded to M/s ANS Construction Ltd. New Delhi.

Of the remaining five packages, said the minister, notification of awards for four packages had been issued.

The 39.17 kms Raintal-Kotla road section and 26 kms Bhawarna-Lambagaon road has been awarded to Mumbai based M/s Valecha- Dili(JV), and would be completed at a cost of Rs 62.66 crore and Rs. 56.07 crore respectively.

Nod for a re-bid to award the 41.9 kms Sarkaghat-Ghumarwin section was awaited from the World Bank, he added.

He disclosed that Component-II, of the project involved periodic maintenance of 2000 kms road, piloting performance based maintenance contracts, re-investment studies for roads, tunnels and bridges and capacity enhancement in road maintenance, financing and management.

Work was simultaneously being carried out on this component and till date work on 794 kms stood completed and was being expedited on the remaining roads.

The minister assured the World Bank team that various forests related clearances would be speeded up so that work did not suffer.

Mr Liu Shujan, Director, Director Longjian Road & Bridge Ltd. Company China that has been awarded Mehatur-Una-Amb road and Theog-Kotkhai-Hatkoti-Rohru road on which work has suffered because of visa problems was also present at the review meeting.