Shimla: On the eve of Christmas, Doordarshan Kendra Shimla is to hold a special telecast of a 30 minutes film For Whom The Jingle Bells Toll? an environment film shot in Shimla. 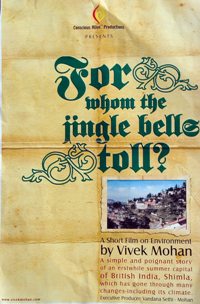 Directed by National Award winning filmmaker Vivek Mohan, the films theme revolves around a simple question with larger connotations that any winter resident of the city holds dear, “Whether there will be a white Christmas or not?”.

With scientists and environmentalists holding out that global warming impacted by climate change would have the most profound impact in northern India, the films theme leaves one wondering when this hill city will have snow again for Christmas as it has not been so for the last 19 years.

Old timers hold fond memories of the regular date winter kept with first snowflakes gliding through a cold day on Christmas, to give the colonial town a day by the fireside wondering about the mystery behind the natural phenomenon.

The film has also been donated to Chief Minister Prem Kumar Dhumal, in 2008r for the Himachal Government to spread the message in educational institutions.

The Mumbai based filmmaker belongs to Shimla and was awarded National Award for his first film â€˜Malanaâ€™ in year 1999. 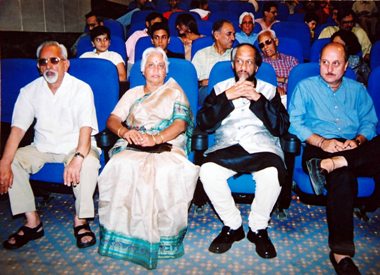 The film has traveled to various National and International film festivals. The June 2003 premiere at Mumbai was attended by Noble Laureate Dr. R.K.Pachauri, Director of The Energy and Resources Institute (TERI) and film personality Anupam Kher, along with other invitees.