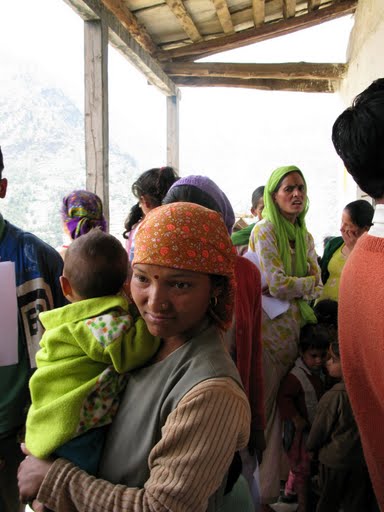 Shimla: Women empowerment is on priority for not only has the hill state made dramatic strides in women and girl education but the government has been able to extend the social security network by providing pensions to helpless destitute, widows and aged women besides initiating various schemes for their betterment.

With a focus on economic empowerment for helping women achieve financial independence, government schemes have been able to form 24,329 women self help groups, an official spokesman stated. These groups involved in various income generating activities have done a commendable job by having successfully generated an annual economy of Rs 77 crores, he said.

To protect the rights of working women and check exploitation at workplaces, the government has constituted Female Grievances Redressal Committees. A gender budgeting cell has also been established in the social justice and empowerment department.

Decreasing female sex ratio is an area of concern. To tackle illegal female foeticide, the government has issuing strict directions for enforcing the law. Regular surprise checks on clinics conducting sex determination tests are being done by health department officials and awareness campaigns at district and village levels are helping to dispel biases, the spokesman said.

To support the birth of a girl child in below poverty line families, under the ‘Balika Samridhi Yojna’ an amount of Rs 500 is deposited in a bank or post office which she can attain at 18 years of age. Scholarships upto 10th class are also being provided to girls and in 2008-09 an Rs 75 lakh amount was spent for the benefit of 13409 girls under this scheme.

Girls from poor families are being given a Rs 11,001 marriage grant under â€˜Mukhyamantri Kanyadan Yojna. For the marriage of 1056 such girls in 2008-09 an amount of Rs 1.16 crore was spent.

Financial assistance of Rs 200 per child to destitute women for support of two children till they attain the age of 14 years under the Mother Teresa Matri Sambal Yojna is being provided. In 2008-09 an amount of Rs 1.07 crore was spent for support of 13060 such children, the official disclosed.

Over 64 thousand widows and destitute women are being provided monthly social security pension of Rs 330. In 2008-09 an amount of Rs 25 crore was spent on these pensions.

The Kishori Shakti Yojna is aimed at improving nutritional and health status of adolescent girls. In the year 2008-09 as many as 95,944 girls were provided supplementary nutrition.