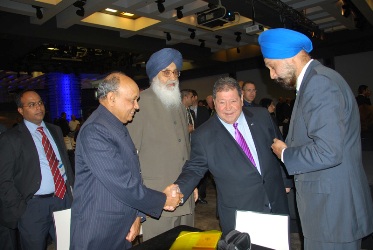 He is accompanied by a high-level government and business delegation from Himachal Pradesh to explore the possibilities of cooperation in this area and to identify sources of cutting edge technologies related to water management, desalination, waste-water management, reverse osmosis and so on with Israeli firms.

The Israel minister while apprising the chief minister about the water technology, management and recycling of water said that in Israel 90 percent water was being re-cycled, out of which 77 percent was being utilized for irrigational purpose.

Dhumal sought assistance technology transfer about recycling of the water so that the hill farmers could benefit from the technology. He let Ben-Eliezer know that Himachal was implementing a ambitious Rs 353 crore agriculture diversification program for which transfer of technology would help to supplement government’s efforts.

Steps taken by the Himalayan state in combating challenges posed by the climate change were also discussed, a government spokesman stated. 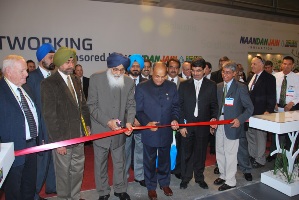 Earlier, Dhumal visited the exhibition site and inaugurated the Naandan Jain booth. Leading Israeli companies dealing with multi-faceted water technologies made presentations to the Chief Minister in an interaction spanning more than two hours organized by the Embassy of India in Israel.

Chief Minister Dhumal would be meeting Daniel Ayalon, deputy minister of foreign affairs of Israel on Wednesday.
On Thursday, he would be visiting Israeli firms to witness a firsthand demonstration of water and agriculture related technologies.