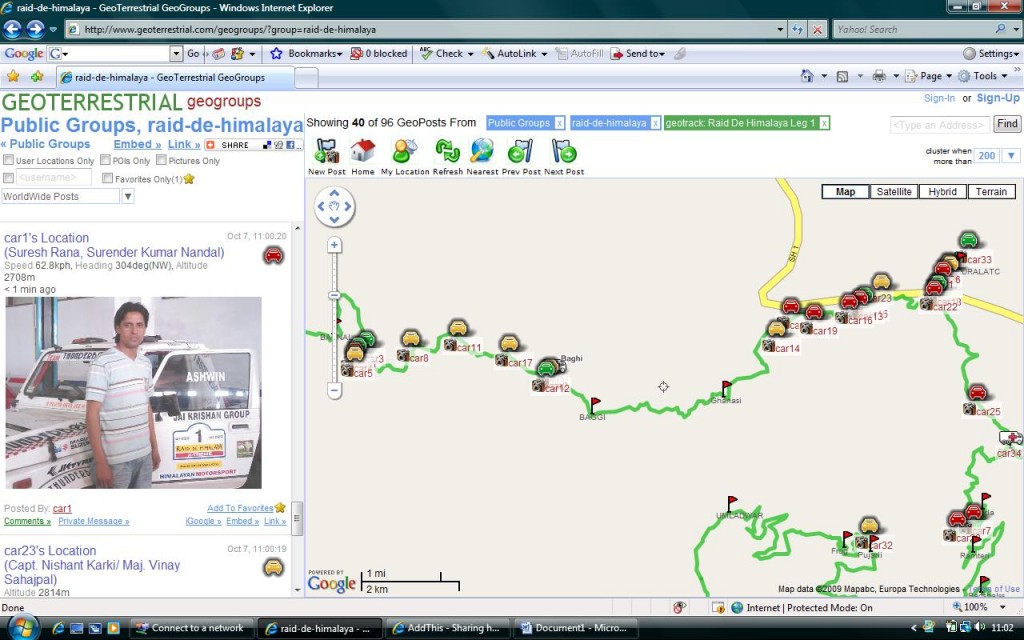 Kullu: Sureshâ€™s mind is again racing faster than his machine and to the delightful fans all this is visible online . Yes , the raid has taken the technology in its stride by giving all the positions of the cars with numbers well traced out on the google map.

As of 11 am IST Suresh was leading in both stages despite having two punctures and thundering through the transport zone to the third competitive stage which will end at Khanag. Then the rally will proceed to Manali completing a gruelling first day stretch of around 400 km.

The stage I of today was a tough challenge for the raiders according to ground teams . Its a great time for adventure in Himachal with the MTB mountain Bike race ending in Manali. Yesterday the cyclist raced in the most amazing terrains of Naggar to Bijlimahadev.