Shimla: Going beyond a Pakistan centric approach, the army aware of its widening responsibilities, would be logistically empowered should projects like Manali â€“ Leh rail line take off to offset the advantage that Tibet rail line has provided for the Chinese forces, ARTRACÂ  commander AS Lamba stated here.

Lt Gen AS Lamba, AVSM, GOC-in-C, assumed command of ARTRAC on today and was interacting with the media after taking a guard of honour on assuming charge on what is also the 19th Raising Day for the Shimla based command. 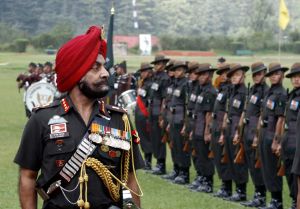 He said the national security environment at a regional level was becoming multi-polar and ARTRAC acting as a â€˜Think Tankâ€™ for the army was responsible for conceptualising doctrines and policies for institutional training.

The aim of raising the training command was to optimise effectiveness of institutional training within the army, said General Lamba.

When questioned about the changed security environment on the India China border because of the Tibet railway track, he said, the train service had increased the logistic capability of the Chinese forces, which could move into the region much faster than what road transport permits.

â€œThe proposed Manali-Leh railway line does help to give an advantage to the Indian army for limited road access can hinder capabilities,â€ he said.

The equipment, which a foot soldier carries today, has drastically changed from what it was a decade ago.Â  Night vision devices and GPS systems has increased manoeuvrability, turning the infantryman into a war machine, said the General. 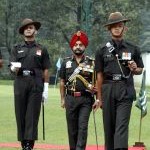 General Lamba, a graduate of Nataional Defence Academy was commissioned into the regiment of artillery in June 1971 and participated in the Indo-Pakistan war, later in the year.Â  Besides having served in Nagaland, Manipur, the General was part of the Indian Peace Keeping Force in Sri Lanka.

The general officer belongs to the elite PARA fraternity and is Colonel Commandant of the Regiment of Artillery.