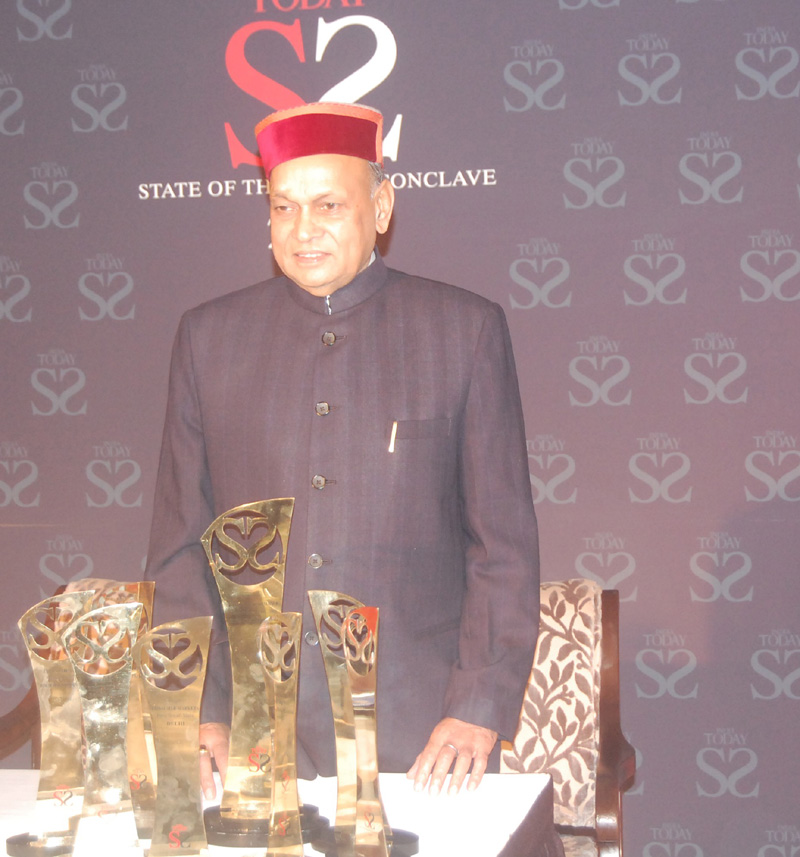 Shimla: Having bagged seven national awards at a state of state awards function in Delhi on Monday, chief minister Prem Kumar Dhumal reiterated that consistent efforts by the state government over the last 20 months were being lauded.

It was adjudged overall best macro economy big state and a leader amongst all big states in investment environment, he said. It was a proud moment for the state as Pranab Mukherjee, the finance minister handed out the awards, he added.

Even though the state has a small population but because of its large geographical area, it was categorized as a large state that had emerged as a role model for the rest of the country, said Dhumal.

On the occasion the chief minister asked for checking female foeticide so as to balance the adverse sex ratio.

Bring defaulters to the notice of local authorities so that punitive action could be initiated against them, as the state has enacted a legislation to book the people responsible for female foeticide. Anybody giving information in this regard would also be suitably rewarded, he said. 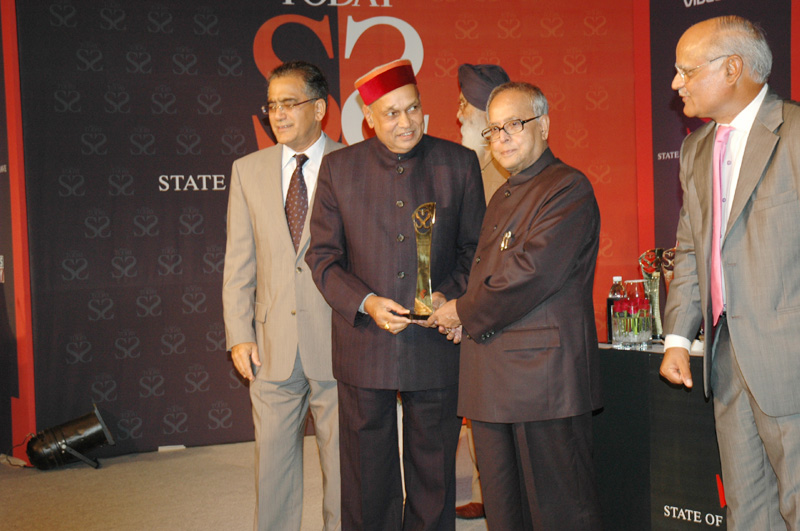 Seeking participation from Panchyat functionaries, he said that the panchayat with best female birth ratio would be entitled for extra Rs 5 lakh development fund.

With a number of private educational institutions coming up in the state, the chief minister said that commercialization of education would not be permitted and it would be kept affordable.

Private participation was being encouraged with a view to inculcate competition amongst all educationists so that quality education was made available, he said.